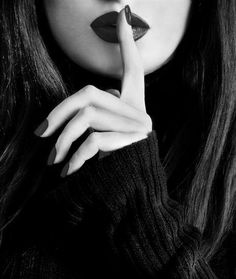 I never thought of him as a cuckold. He was strong, smart, dominant and desirable. He would sneak away from his wife to have naughty uncensored playtime with me, and I enjoyed it. The way he would hold me down, spank, and choke fuck me.It took some time, but I figured out all these pretty little buttons he had. Certain scenarios I would get myself into, would drive him insane. He knew I fucked multiple other men, but hated when I talked about it. His cock would throb, and my mouth would water. But he made one tiny little mistake…

He introduced me, to his handsome younger brothers.

The younger of the 3 was Rick. He was sexy and funny… but I guessed he was a total mommas boy, being the baby and all. I decided I would work on him 1st. After all he was single, and younger and totally not my type… but I was trying to accomplish something here. I donned my tightest low-cut top, and a sexy short denim mini and I went and visited him at work. He was a bit surprised to see me without Leo, his older brother. I told Rick that after finally meeting him, I couldn’t stop thinking about how much fun he was…. and that I would love to hang out. He blushed, almost surprised at my boldness. I asked him to be at my house the following Saturday around 8pm.

Seth, was the middle child, Sexy and stocky in his late 20’s. I called him on the phone, being very careful because he too, was married. I had decided to invite him over, for drinks offering that we could get to know each other a little better.

Mind you Saturday night was always My time with Leo, his wife would work late nights, and it was the perfect opportunity for us to have a little naughty fun. I smiled the rest of the day, knowing that my yummy plan was coming together.

Leo arrived at 6pm sharp, as always. I told him that I had a yummy game for us to play but he would have to TRUST me. He laughed, not thinking I was serious. But I assured him, he would enjoy it.

I pulled my office chair, and rolled it in front of him. He sat. I shook my head “No” and finger wagged for him to stand. I kissed Leo passionately, as I began unbelting and unzipping… Teasing his cock with my soft hands. Once I removed his pants, I had him sit, and I slowly unbuttoned his shirt. Running my fingers wildly through his hair. I pulled some nylon rope from a bag in my closet, and I seductively tied his midsection to the chair, knotting it at the back. His wrists were tied together with a 3 inch lead between them, and his ankles fashioned to the bottom rung of my office chair.I then lay the rope across his chest, fastening him to the back of the chair. He began questioning me. ” Anna, what are you doing?” Half giggling, half serious. I started to slide my panties down, from under my skirt. I held them in front of his face, and rubbed the damp crotch against his nose.

He opened his mouth to lick the crotch of my panties, and I stuffed my dirty panties into his mouth. Covering them with duct tape. Leo, started cussing, all be it muffled, I knew exactly what he was saying. He struggled against his binders, his muscles flexed, and relaxed. I told him that I had invited some new friends over, and I wanted him to enjoy what we were going to do, BUT… he would have to be quiet.

Leo was pissed, but he couldn’t get out of the restraints, he had no choice. I mounted him, pressing my wet pussy against his angry cock, kissing the duct tape that covered his mouth. I pressed my fingers to my lips, in a “Shhh” motion, as I rolled Leo into my closet. I cracked 5 slats on the door, making sure he could see my bed, and I closed the door.

Rick arrived 1st, and then Seth not 15 minutes later. I yelled for Seth to come in. The brothers stood in my kitchen, questioning why each of them were there, and then of course they questioned me. I told them that I had wanted them both there because I wanted to throw their brother a party, but of course because he is married, it couldn’t be from ME. Everyone relaxed. I made drinks for all of us, and we shot pool planning a special surprise party for Leo. The only thing they knew of Leo and I, is that we were friends.

After a few rounds, I told these two, hot-blooded Brothers, that it had always been a cuckold fantasy of mine to be with brothers. Seth was mid swallow on his 5th drink, and spat the rest all over my pool table. The three of us broke out in laughter. Until I reassured them, of my seriousness. I began unbuttoning my top. ” I mean, yeah, I wanted you both here to help me plan Leo’s party… but, I also, wanted to do a little something else, if your game?” I pulled my shirt from my shoulders. Rick stared, at my swollen breasts, so I approached him. He was leaning against my pool table. ” You do think I’m sexy don’t you, Rick?”  He couldn’t even speak. I leaned in and kissed him, mmmmm. He tasted so much different. I turned around pressing my skirt covered ass against his young thick cock, and finger wagged for Seth to “come here” . I rubbed my hands along his strong shoulders. ” Seth, you don’t know how long it’s been, since I’ve been fucked good and proper, I saw the way you looked at me when Leo introduced us.” I leaned in close, and whispered in his ear. ” If you come with me into my bedroom, I promise… I’ll be everything your wife isn’t”.