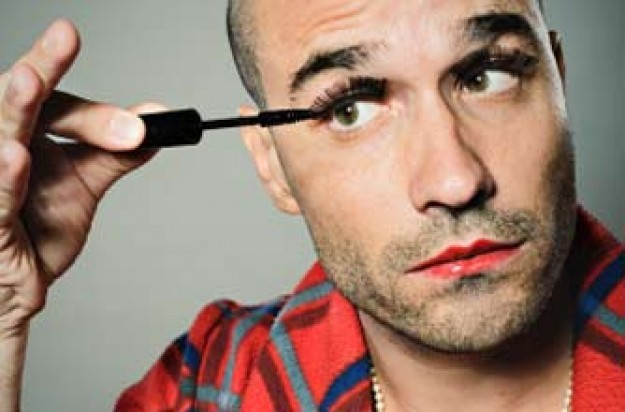 I couldn’t just sit back and watch any longer.  He did this cross dressing show everyday and, honestly, I didn’t know how I hadn’t noticed it sooner.  A week went by, and although I enjoyed his voyeuristic dress up show, it was time to get serious.  Why was he being so blatant and obvious?  He must have wanted me to see him?  I wondered what else I could make him do…

I decided the following day to skip my coffee and surprise my cross dressing sissy boy neighbor.  His car was visible in the driveway so he couldn’t exactly pretend to not be home.  I rang the doorbell and heard him scurrying around inside.  I giggled quietly as I imagined him kicking off his heels and hurrying for some more masculine attire.  However I was wrong.  He answered the door in a short, silk, undeniably feminine robe.

I looked this cross dressing slut up and down as my ear to ear grin returned to my face.

He quickly invited me inside and shut the door.  His toe nails were painted the same shade of whore red as he wore on his lips.   I let out another chuckle as I told him I had been watching him all week.  He blushed and told me he already knew.  We sat for a while as he told me how much he loved cross dressing and having sexy women watch.  He said it gave him a thrill unlike anything he had ever experienced before.  His wife, however, did not appreciate his cross dressing as much I did.  She also was not too fond of his desire to be fucked like the sissy faggot whore that he was.

Once I had him stretched and ready, I had him bend over the side of the bed.