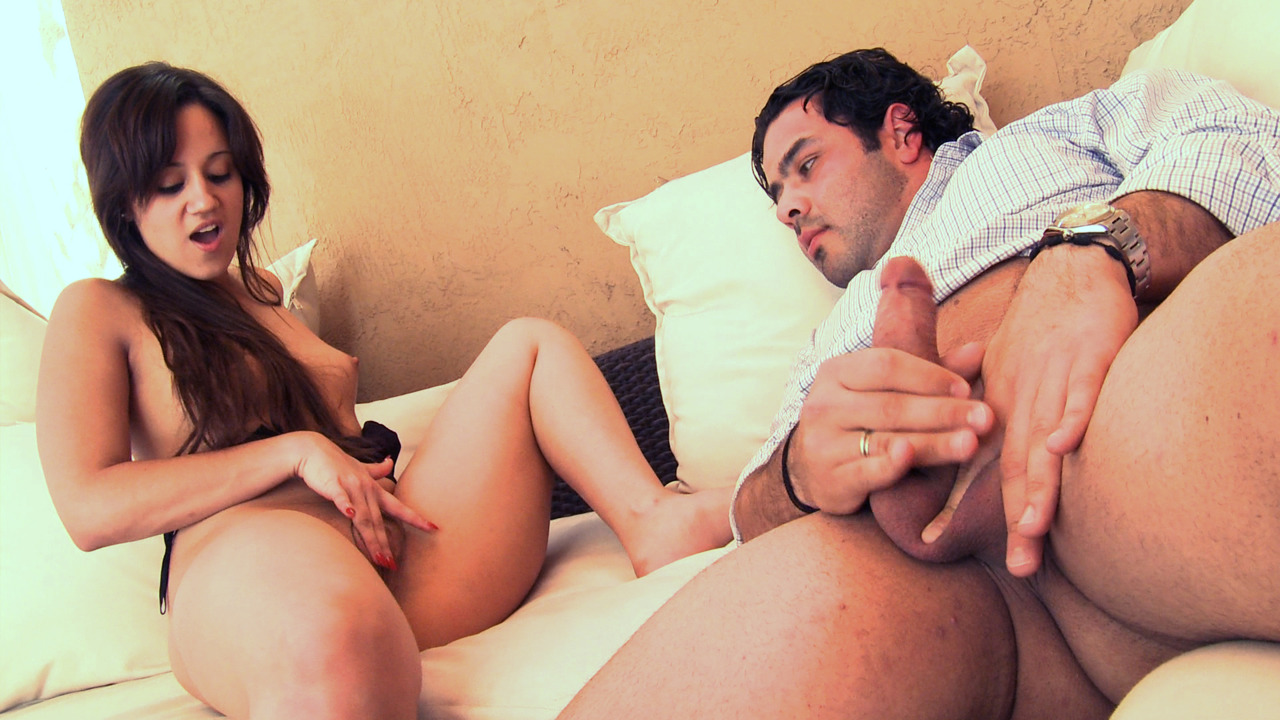 It’s Sunday afternoon, and I’m relaxing around the house. Around noon by best friend John called to see if I wanted to hang out. I wasn’t really feeling the idea of going out into the world today, so I invited John to my place for movies and drinks instead. I never expected to end the day with my best friend eating his cream pie out of my pussy.

John came to my place with a pizza and a 6 pack of beer. Everything you need for a besties movie date at home. As we ate our pizza and guzzled beers John began to tell me about how his girlfriend has been disappointed with their sex life recently. Because John is such a handsome fit guy, I never dreamed that he would ever have a problem satisfying a woman, but it turns out my best friend is a minute man. I decided that the best way to help John with his problem was to help him master the fine art of dick control.

After about 20 minutes of watching porn, I could tell that John was starting to get turned on. I could see the outline of his cock pressing through his jeans. I decided it was time to up the ante and pulled John’s shirt off. Then I leaned over and began teasing John’s nipples with the tip of my tongue as I gently raked my long red fingernails up and down his stomach.  I could see John’s cock twitching in his jeans as his face started to flush. I ran my hand down his torso to his thighs teasing the areas around his cock but never quite touching it.

So I kissed John on the side of his neck and I could feel him shiver. I dropped my hand even lower and began tracing the lines of John’s cock with the tip of my finger. I could feel the heat of his hard cock through his jeans and I have to admit it turned me on.

John managed to take it all without touching his cock or blowing his load in his pants. Now it’s time for the last phase of Katrina’s dick control boot camp; mutual masturbation. I leaned back on the sofa, lifted my skirt and slid my panties off. John didn’t take his eyes off of me as I laid back and spread my legs. I reached between my legs and began rubbing my wet pussy. As my fingers circled my wet, puffy clit, I gave John permission to pull out his cock. John knelt between my legs, his cock was wet with pre-cum.

I pulled my tits out of my t-shirt as John rubbed his hard cock against my wet cunt.

I arched my back and pinched my nipples as John’s cock slowly slid up my slit. As I lowered my hips on the sofa John’s cock found its way into my dripping wet, pink, hole. Slowly John pushed his cock into me, making sure that I felt every inch of his throbbing cock. I spread my legs wider and wrapped my legs around John’s waist trying to take him deeper into me. The head of John’s cock quickly found my G-Spot. John began grinding and pushing against my G-Spot, making my pussy shiver and tighten around his cock before my pussy exploded all over John’s cock. Feeling my pussy juice running down his cock made John fuck me harder. I could feel his cock throbbing right before John shot a huge creamy load of cum deep inside of my hungry cunt.

It took a little under two hours for John to complete each phase of my dick control boot camp.