BBC? The Boyfriend Craves A Huge Dick To Suck ♕ 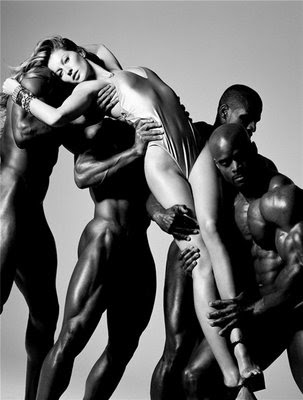 Jon hounded me for weeks to go through with a BBC fest. I told him I didn’t wanna plan it. He had to put it all together. Basically, I would just show up and hit the cock party.

Opening my eyes I found the room full of black naked men. I gagged on the dick in my mouth. I tried to look up but couldn’t see much after the guy took my face into his hands. He kept talking about how my boyfriend looked like a skilled cock sucker!

Jon was on his knees and sucking off several BBCs.

My pussy tightened up, I found myself turned on watching him perform so well. Who would have thought a professional businessman could look like such a trashy little whore? Men were fighting to get into his mouth and ass.

Pretty proud of him for taking so much cock like a whore!