Cousins can make some of the best lovers ever. Family knows you best!* 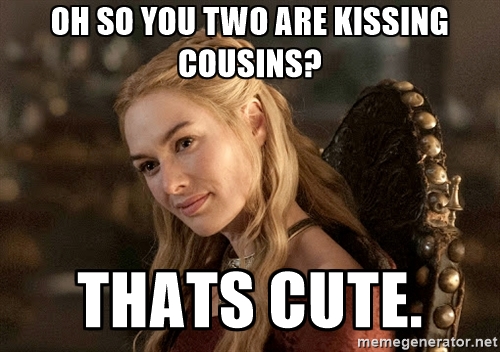 Cousins have seen you at your worst and they love you anyway. That’s why lately I’ve been fantasizing about fucking my cousin, Chris. He has always been very handsome and charming, even when we were kids. These days he’s grown into such a sexy, tall drink of water.

I find myself making excuses to hang out with him more and more. I even sleep over at his apartment once in a while, after a night of drinking and partying. Know it’s wrong, but a big part of me wants to climb into his bed, pull out his cock and start riding it. I find myself staring at the bulge in his pants. Watching for the shifts. Waiting.

After a few questions, it turns out we had both been perving on each other for a while. And then we fucked. It was hot. Hotter than it had any right being. It seems that the bathrooms at my gym are going to be broken for a while.