My Cousin Wanted To Fuck Me* 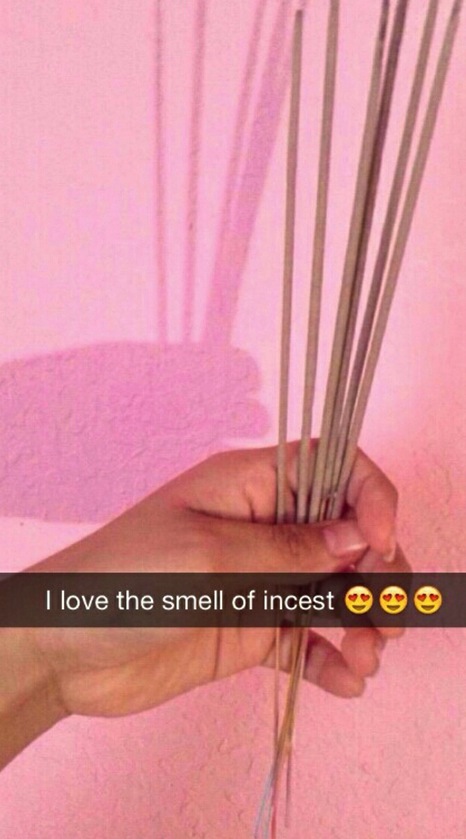 My Cousin Wanted To Fuck Me

I just spent the weekend at my aunt and uncle’s house. My cousin Jimmy was there, we usually got along even if he did look like a biker who’d had a rough night. One of the guys that lived down the street, Brian, came over when he saw my car pull into the driveway. We’ve had a casual, fuck you when I see your thing going on and he wanted to know if I was free tonight. I told him I was and told him to come on over after dinner.

When he got there I wanted some privacy so we went out to the backyard. We sat on the edge of the pool and dangled our feet in it as we caught up. It didn’t take long, both of us wanted something else and soon we were making out. I noticed a movement by the window but forgot about it as Brian’s hand slid up my shirt and grabbed my tit. He rubbed me through the fabric and my pussy started to get wet. I was about to suggest taking things inside when Jimmy appeared and scared the crap out of us. “What’s the hell are you doing?” he said and Brian jumped up.

He was scared of Jimmy even though Jimmy was really as gentle a kitty cat and said: “Nothing, I was just going.”

Then he left and I turned to Jimmy, all ready to bitch him out. “What the hell?! I was about to get laid. You’re such an asshole. Now, who am I going to fuck?” I told him as he grinned at me. He licked his lips and grabbed my hand, pulling it down to his dick. He pressed me against it and I felt how hard he was. “I’ve been watching you through the window and got tired of waiting for him to leave,” he told me.

I love sex but incest sex is even better.

I quickly undid his jeans and pushed him down on the ground. Then I lifted up my dress and took off my panties then straddled him. His dick slid into my wet pussy and I felt how big he was. He was a lot bigger now than when we first fucked years ago. He had aged well and my pussy was still just as tight. I began to ride him and was getting a good rhythm going when he rolled me onto my back. The paving stones rubbed my back as he thrust in and out of me. I put my leg around his waist and pushed my hips forward, fucking him just as hard as he was fucking me, giving my pussy one hell of a pounding.
I could hear our groans echoing in the night air and hoped none of the neighbors had their windows open. He gave me a few more hard thrusts then began to cum. I kept going until I was ready and I tensed under him.

He knows me well and put his hand over my mouth and muffled my cry as I came so his parents wouldn’t hear us and come out to see what was going on.

When I was done cousin let me go and pulled out of me before helping me to my feet. He put himself away as I put my panties back on. We went back inside and went to our bedrooms, creeping past my aunt and uncle’s bedroom, careful not to step on any creaky floorboards.