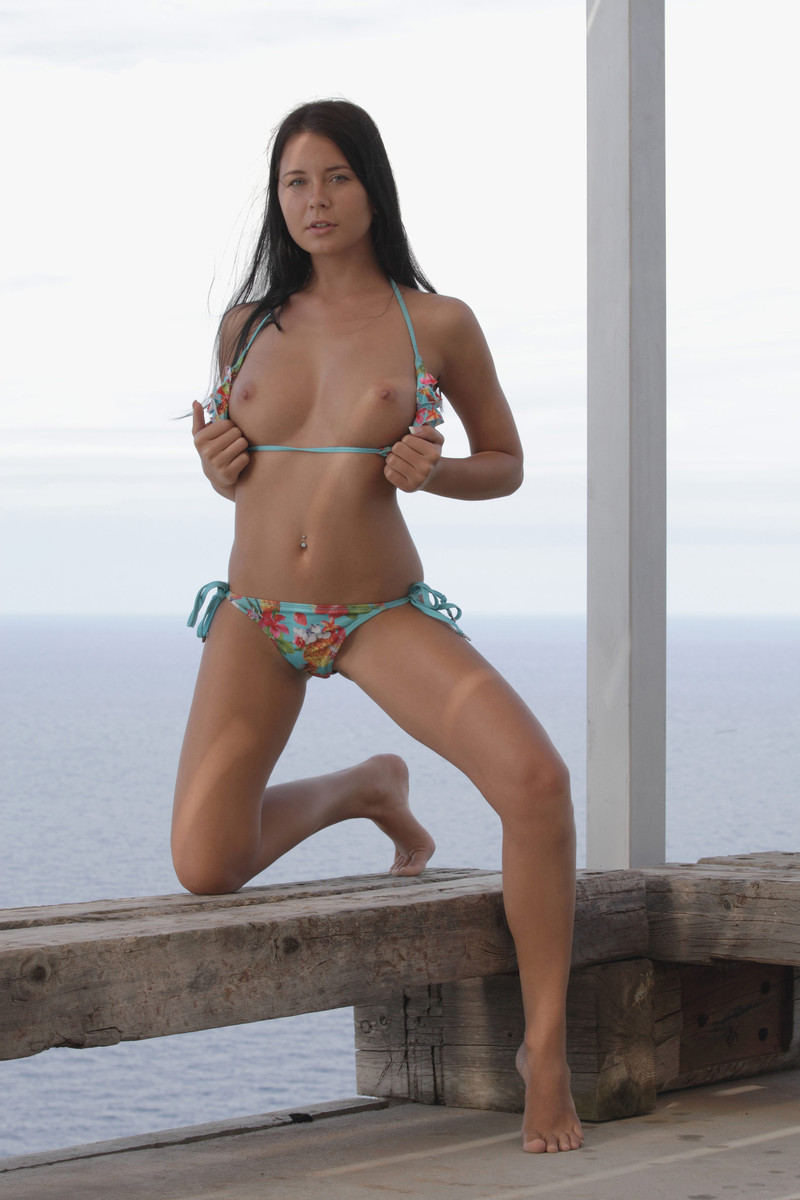 She winked at him and swam over to me. She didn’t waste much time, she went straight in and kissed me, pressing her naked body against mine. Her nipples brushed against my nipples and I’d never kissed a girl before and wow. There was so much going on in my fuzzy drunk head. My cousin…was kissing me.

As she was kissing me I felt Jacob swim up behind me. I felt him before he was pressed against me if you know what I mean. His cock was against my back and he wrapped his arms around me. Grinding against me. I was too drunk to think hard enough about how wrong this was. I was too fucking turned on.

Christie was kissing me, Jacob had his cock pressed against me. She reached down brushing my pussy with her fingers. All of us in the lake naked her fingers rubbed my clit and I moaned. Quietly so if the neighbors were close they couldn’t hear.

We definitely didn’t need to get caught.

I reached back and grabbed Jacob’s cock. So hard and ready I couldn’t believe it. I pressed it against my tight pussy and he slid right in. Apparently, I was so ready too. I rubbed Christie’s clit while she rubbed mine. Every once in awhile she stopped kissing me to kiss Jacob. Apparently, they did stuff like this together all the time.

It was so fucking hot and I came over and over again with them. The party continued well into the night, back into the house. Over and over again. And for many summers after we pleasured each other quietly. No one knew;) Which made it even hotter.