Cos Play Sex. What Happens When Things Are Taken A Little Too Far?* 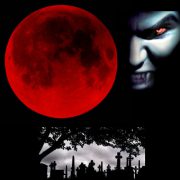 Cos play sex is the new rage among people these days.

About a year ago I met Ed at the local comic con festival. Ed and I became friends over the year and agreed to go to this year’s comic con. Both of us dress up as Vampires, in fact, that’s what started our first conversation. We somehow got on the subject of vampire sex. Then it turned into cos play sex and we would match people up at the festival who we thought would be cos play sex compatible.

Both of us were so excited about this year for some reason.

Maybe it was because Ed and I were on our own this year. Michael was gone for the weekend with some of his friends for a heavy metal concert and Ed’s wife, Angela, was visiting her mom for a week. Joking around about our naughty weekend of vampire sex we could have I didn’t know he was serious. The day has arrived and Ed came to pick me up. Noticing the look on my face he could tell there was something bothering me. I explained to him that I wasn’t feeling the greatest because I just started my period.

He seemed a little too happy to continue with this conversation.

Asking me how heavy my flow was and if I use a tampon, pad, menstrual cup, or if I free flow. Ummm….. I did not know that guys even knew about free flow. Comic-con was amazing and we had an amazing night. At Ed’s house, we decide to break out a bottle of wine. Then 1 bottle turned into 2, then 2 into 3. Deciding that wasn’t the best idea because now I wasn’t capable of driving home

Ed offered me the bed and said he would take the couch for the night.

I am not sure how I wound up in bed, I don’t remember much of anything, including walking up the stairs or taking my vampire costume off. The next thing I remember is Ed in the room still dressed in his vampire costume pulling my panties off. Out came my tampon. Confused at what was happening I tried to ask him what was going on.

But all I did was mumble something that even I couldn’t understand.

I heard Ed say “I am a Vampire and I want to suck your blood.” His mouth devoured my wet bloody pussy. Licking my pussy from top to bottom and nibbling on my clit. Even though I was still drunk I knew that this cos play sex felt amazing. The warmness of my blood and the heat from his mouth was better than any warming lube money can buy. At first, I thought I may have dreamt this but then when I woke up laying in my blood with no panties on.

I knew then it wasn’t a dream.

I had cos play sex and I liked it. When I finally sobered up and went home I did some research and realized that there is a name for this fetish. Menophilia is a fetish where a man is turned on by a woman’s menstrual period blood. Well, I guess you learn something new every day. I am just happy we didn’t get caught having sex. That would have been bad. After the exciting weekend I had I am ready for crazy fetish phone sex. Let me see what you have hiding deep inside of you that no one else knows about.

One Reply to “Cos Play Sex. What Happens When Things Are Taken A Little Too Far?*”