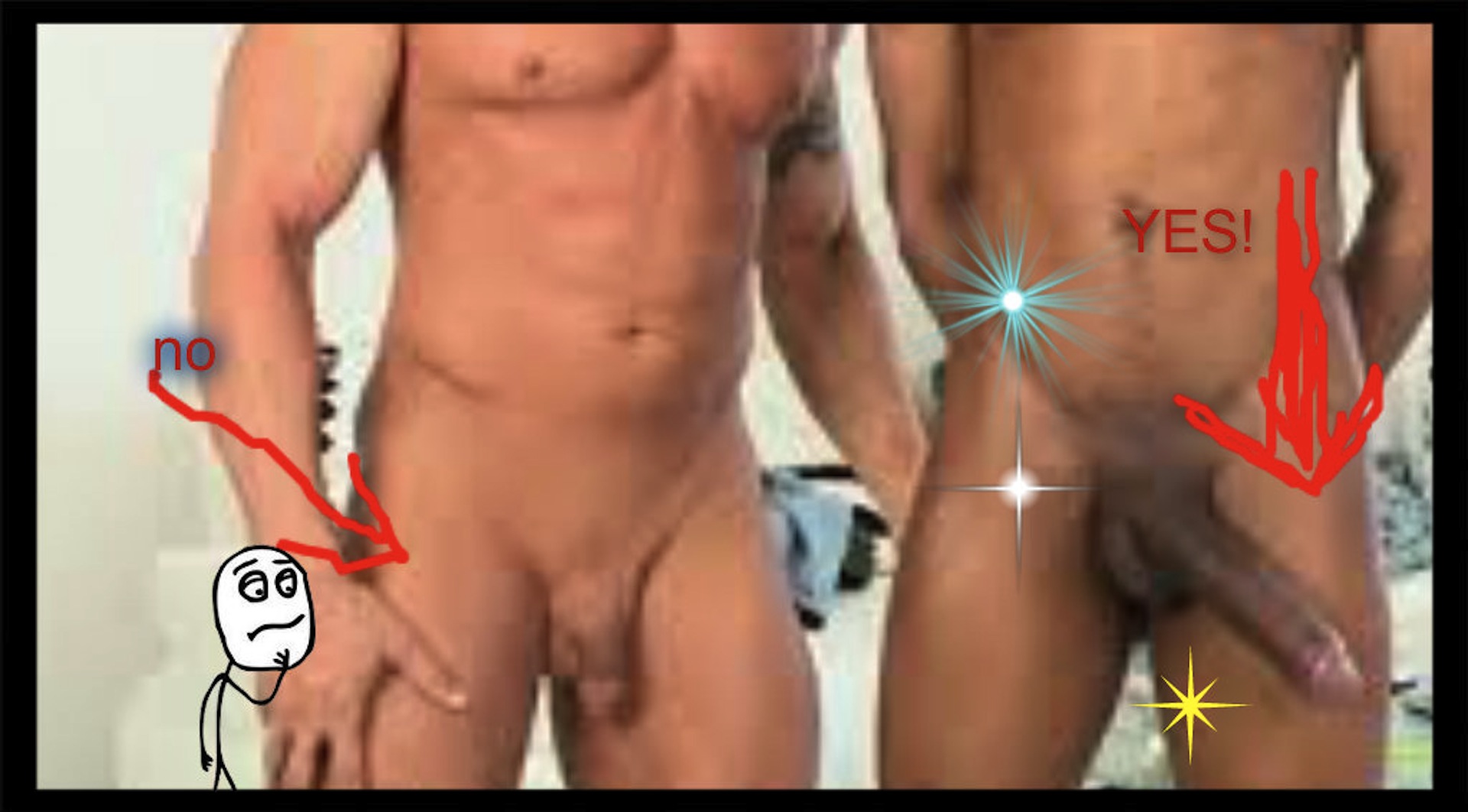 Comparing Cocks- how does your dick stack up?

Comparing cocks- one of my favorite activities! It has happened more than once. I am at a bar, and groups of guys have asked me to evaluate their dicks. I must look like I am an expert. Or maybe this is some strange game of flirting.

I was with a few girlfriends the other night. We were at a bar having some happy hour half price margaritas when a frat-boy like guy came up to me.  He introduced himself as Rick, and asked me for a favor. He said his dick wasn’t very big. The guy was pretty sure his friend was much bigger and he asked me if I would take a look at them both. He said he would be fine with whatever I said while I was judging them.

I said yeah why not. “Whip them out.” I think were my exact words.

My friends were laughing as I got close to his cock. He was not very well -endowed. His cock was quite thick but short. He had nice sized balls, and I complimented him on his balls before I told him that his cock was quite small. The thickness was decent, I told him. He shaved so that was also a plus.

His friend pulled out his big black cock and I practically gasped. My friends applauded as he slowly exposed his snake of a dick. I bet it was 9 1/2 inches. I actually got wet looking at that black rock hard.

“Do you really want me to compare your cock to this one? I asked Rick. “Honestly, yes. I think it would turn me on if you would.” Rick whispered in my ear.

So that is what I did. I made hem hold their cocks side by side. I told Rick how wet I got when I saw his friend’s BBC. Then I compare their shafts and balls. I made Rick touch his friend’s enormous cock.

As I was inspecting their dicks, I noticed Rick’s little penis was rock hard. He was beaming even with my harsh words. He even asked me to do it again sometime, and I promised I would!