Wouldn’t You Love To Do A Nice Long Line Off My Huge Tits?* 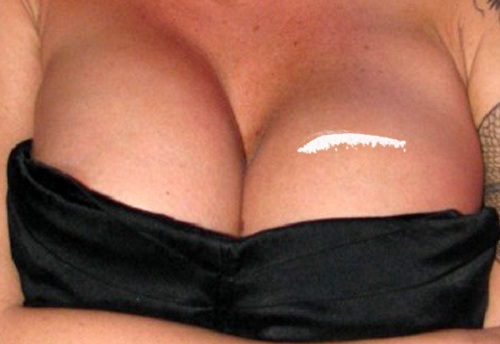 Wouldn’t You Love To Do A Nice Long Line Off My Huge Tits?

You know, I love when someone does a nice long line off my huge tits and that’s exactly what went down last night! Last night I may have had too much fun and I’m paying for it today, but what else is new? My sissy friend Alex came over and we were just going to hang out, but it turned into a wild party that lasted all night long.

I took Alex up to my bedroom to show him a new lipstick I’d bought and told him to put it on. He loves trying new things and he slicked it over his lips while I told him how pretty it looked on him. Then I remembered a dress I’d found in the back of my closet and was going to give to him, but I never got around to it. I went and got it for him and he took his clothes off. Under his boy clothes, he was wearing little pink panties and I had a bra that matched it.

So, I gave it to him and helped him put it on then stuffed it with tissues. Next came the dress and when he put it on he became Alexandria. “Aw, don’t you look cute?” I said, teasing her and grabbed my makeup bag so I could pretty her up a bit more. She blushed and smiled as I sat her down on the bed, taking out my eyeshadow. A small baggie fell out with it and we looked at it for a second before I picked it up. “Let’s have some fun,”

I told her and opened it, scooping some of the white powder onto my fingertip.

Naturally, I snorted it up and passed the baggie to Alexandria who helped herself. Then, I opened my eyeshadow and picked a soft pink shade for her. I put it over her eyes and was about to take out some blush. That’s when she playfully pushed me onto my back. “Let me do that.” I watched as she put her own makeup and saw how good she was getting at it. I’ve taught her well and afterward, she laid down beside me. She had the baggie in her hand. I took it from her and poured a small line on her breast then bent over her, snorting it up.

She laughed and said, “Let me try your huge tits.” I grabbed my top and pulled it down as the powder fell on me and her breath tickled me as she snorted it up. “You like tits, don’t you?” I said as things started to feel a lot lighter and I rolled on top of her, pinning her to the bed. “Look at you in your dress and doing drugs like a little party slut. What would your parents say?” I said mockingly and shoved my hand up her dress. She was hard and I rubbed her through her panties as I kept going.

“You’re such a loser, no wonder you have to hide at my place.”

She moaned and pushed against my hand and I took it off her. “Sorry, I only jerk off real men. Why don’t you find a nice jock to give you a hand?” I said. Sitting up and doing another bump. I was feeling really good and excitement was running through me. That’s when I closed my eyes, letting everything wash over me and she laughed as she said: “Let’s invite some cute boys over, I’m in the mood for some fun.”

Luckily I know a few boys who were into a couple of girls like us and sent out texts telling them to get their asses over here and bring more party treats because we were going to need them. Are you a cross-dressing faggot, who loves to play with some powder every now and again? Then I am the naughty bitch with huge tits for you! Even if you could skip the cross-dressing part, I’d still love to get down with you!