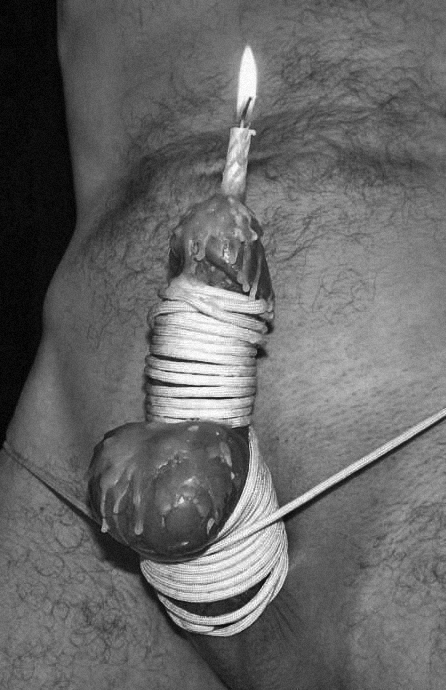 I will admit, I don’t understand those of you who like cock and ball torture, but it helps me get out any aggression and I am much happier because of it. Every once in a while though, I have a request that pushes my limits, and I love that. Think you can push me to my edge? See if you can top this…

One of my regulars loves it when I torture his poor little cock and balls. He even went out to buy a cock cage, so when we couldn’t talk he couldn’t get aroused- he even had it custom built, because he was so small, none of the regular ones would fit his tiny pecker. I always reminded him of how pathetic of man he was, and he would send me pictures- soft he was all balls and no dick at all! Hard he was maybe 4-5″. One day he begged me to meet with him. I absolutely refused. However when he made me an extremely handsome offer I couldn’t refuse, I considered! When he sent me a bank check deposit of half, I broke.

I put some conditions out, and even had him sign a waiver. He agreed to all, and his lawyer was even kind enough to include an accidental death clause (haha!) He rented a house on a private Island, i was taken there by speed boat, wearing nothing but a 1 piece latex outfit with built in boots, hood, and gloves. The door to his place was open, and a note was on the door telling me he was in the basement. Perfect.

I got downstairs, and it was lit by hundreds of candles. In the middle of the room was my subject, completely naked and tied down. I adjusted his arm and leg straps, and looked into his expectant eyes. I removed his ball gag, and told him I wanted to hear his pleas. He said yes Mistress, and I put my suitcase down on a table. I let min see everything from a billy club, to tweezers, to needles, and clamps. I began by taking a candle and dripping the wax on his nipples and chest. I then got close to his groin, and singed off any hairs I found. After that, I stroked his lil man hard, and punched it as hard as I could right where the balls meet the shaft. He screamed, and I laughed.

Next I grabbed the club. I hit his fingers, and then toes. His tiny cock was still hard, so I smacked it down. The fucker actually came as I hit him, so I took his cum, lubricated the club, and shoved it up his ass. I then went to my bag for a needle. In front of him I sterilized it in the flame of a candle, and let it get red hot. He started stuttering and asking what I was doing, but I didn’t answer. Instead, i stood up, pierced the head of his cock, and ran a thread through the head to each of his nuts. I then reheated the tip and pierced his nipples. He was screaming, but hard again.

I strung his cock and balls up to the ceiling, and different ropes to his nipples. I ran my latex covered fingers through some blood and wiped it on his lips. I got a small 2 pound weight and attached it to the ball rope telling him maybe this would make him grow. To his nipples I attached a small battery and let the electricity flow. When he passed out, I took off the battery and jammed the stick further up his ass. When he still didn’t move, I got out the clamp, and tightened it until his eyes popped open.

I was all ready to hear him utter his safe word, but he picked up his head, looked at me, and said, “Is that all you got?” Well I hate losing a cock and ball torture challenge, so call me and maybe I will tell you what other tricks I had in my bag….I think the statute of limitations is over…