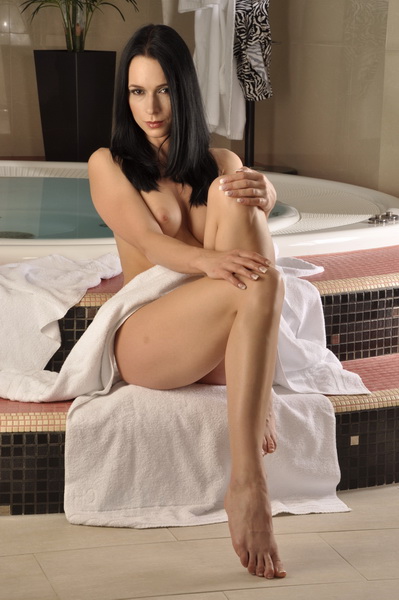 My husband, Ed,  was really moving up the ladder in his company, setting sales records and bringing in a large amount of new clients.  His boss was really happy with him and told him that if he managed to somehow land the “San Diego Deal”, he would quickly become the youngest partner the company ever had.  My husband swore he’d bring in the client, by any means necessary.

The “San Diego Deal” was that the salespeople called one the of the largest manufacturing companies in Southern California, which was headquartered in lovely San Diego, of course.  For years, they tried to obtain their business but it was nearly impossible.

Ed did his research about the San Diego’s CEO and found out that he was going to attend a charity event at a large hotel in Los Angeles that very weekend and he hatched up a plan.  He would attend the event as well, corner the CEO and close the deal.  I went along with him for what I thought would merely be moral support.

Everything worked out as planned.  Ed cornered the CEO, whose name was Mr. Watson,  introducing himself and using every bit of charm and salesmanship, giving him the best sales pitch he had ever given anyone.  I stood close by, smiling and nodding encouragingly.  I noticed that Mr. Watson’s eyes wandered over to me fairly often during Ed’s impromptu sales presentation.   When he finally asked Mr. Watson for his business, I held my breath in anticipation.  Mr. Watson seemed to mull it over and then held his hand out to shake Ed’s.  Ed’s face lit up and he took Mr. Watson’s hand.

“I like what you’re offering, Ed.  I like the numbers.  But, what I like most…” he looked straight at me.  “Is this sweet little wife of yours.”   Ed looked at me, surprised.

I winced, thinking, “this is when Ed punches Watson in the face.”  I was just hoping the police wouldn’t be called.  That would make a horrible night even worse.  I looked at Ed, ready to step in between him and Watson before the fists start to fly.

To my utter shock, Ed shook Watson’s hand and said, “I’ll get the contracts from my car.  You can take Sabrina up to your room.  I’ll be waiting here in the lobby.” Ed gave me a quick kiss, a thumbs up and mouthed “thank you!” before he practically ran to the parking garage.  What the fuck just happened? I thought.

“Shall we?” Mr. Watson took my arm and with a shrug of my shoulders, I let him lead me to his lovely suite where he spent at least three hours fucking me in every way imaginable.  He fucked my mouth, shoved my face into his ass and made me rim him, he pushed me against the hotel room window, flattening my tits against the glass as he slammed his cock into my ass, slapped my ass hard as I rode him reverse cowgirl on the chair, slid an empty beer bottle into my pussy as I bent over, holding onto my ankles, he hooked my legs over his shoulders and fucked my pussy, then my ass, then my pussy, and finally, he sprayed his cum all over my face, and into my mouth, getting some in my eyes in the process.  By the time he was finished, my pussy and ass felt as if they were on fire.

The contract was signed, the deal was closed, “slut style” thanks to me and the very next day, I made my husband, the newest and youngest partner in the company, drive me to the Jaguar dealer where I indulged in the purchase of a brand new sexy Jag.  I winced as I sat in the leather seat, my ass still hurting from the night before.  I definitely earned that car!  I was a deal closing slut!