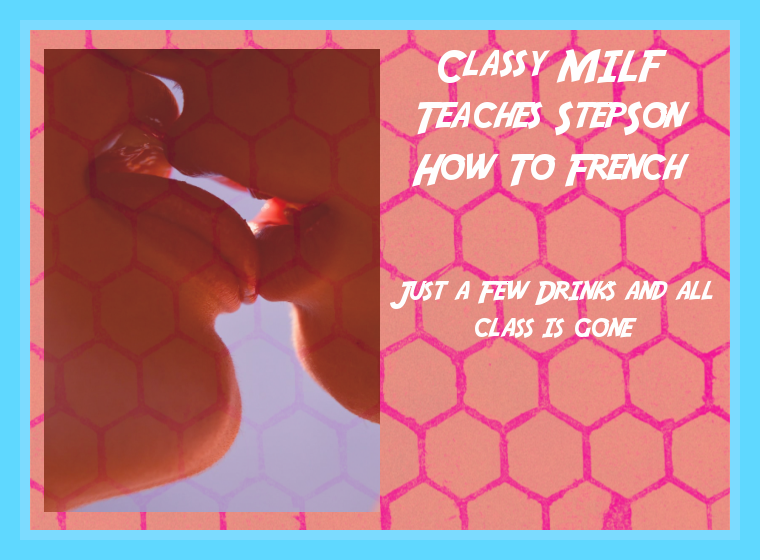 Cody saw how torn his father was over the betrayal of his mother, and he felt a tingling desire to be the cause of someone’s divorce.  It wasn’t until his dad brought home his first girlfriend that he realized this was the perfect playground.  With his dad bringing home so many hot chicks, he had plenty of time to corrupt the women into his room. Plus, deep down, he wanted to break his father more.

Sneaking hard liquor into the slightly drunk MILFs champagne proved challenging enough, but with good vodka, he was able to mask it. He put the bottle back in the ice bucket and waited for the ladies to get a bit crazy.  His dad and the gentlemen of the party retired to the boats for the night.  The ladies were slowly slipping themselves into a drunken harlot state.

Cody isn’t sure how long he was pounding away at Claudette’s pussy.  The other MILFs were cheering and egging them on, but then the deck fell silent.  Looking up past the patio chair were his father and the male guests.  Claudette was basically too blacked out at this point to say much, but the look on his father’s face said it all.

His father had closed himself in his study for weeks, despite Claudette’s pleads for him to come out.  Cody was unsure what would happen, but he was sure he could take advantage of Claudette along the way.