My Confession: I was Hired as a CIA Seductress Assassin (Part 2) 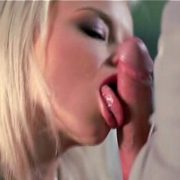 My First Mistake as a CIA Seductress Assassin

If you read part one, you’ll know my first time as a CIA Seductress Assassin didn’t start off as planned but now it was time to redeem myself and complete the mission. Let’s continue where we left off…

“Who sent you?” he demanded of me repeatedly. His smooth charm was now replaced by fierce anger. I was shocked not realizing what had tipped him off.

“What do you mean?” I asked feigning innocence. Then, as viciously as I could, I stomped on his barefoot with my spiky stiletto heel while pushing his knife-wielding arm away from me. He yelled in pain. Then, I rammed my elbow straight into his nose. I stunned him just enough for him to release his hold of me.

Without hesitation, I ran for the door and into the hall fully naked in just my stiletto heels. I knew without a doubt Cobra One would kill me if he caught me. Too terrified to look back, I ran for the elevator with no solid plan in mind. I just knew I had to put as much distance as I could between us.

The elevator dinged as I approached and a young bellboy stepped out. The look of shock and awe for my naked body was just priceless. “You need to hide me”, I grabbed him, “my boyfriend is going crazy.” He nodded nervously and quickly unlocked a storage closet just across the elevator. We retreated inside and waited quietly. Seconds later, we heard running from down the hall and the elevator button being pounded on. Cobra One was out there looking for me and cursing as he waited for the elevator.

Bellboy to the Rescue

I finally turned to the young bellboy and it dawned on me that I was still completely nude as his eyes wandered all over my body.

“Thanks for your help”, I told him sweetly, kissing his cheek. He had no idea that he literally saved my life. He blushed fiercely. “We need to call the police,” he said going for the door. “No!” I shouted, blocking the door. “You have no idea who my boyfriend is,” I tried to reason, “involving the police would be a bad idea.”

“Look,” I told him, “I’ll really make this worth your while if you’ll help me out. But, you can’t ask any questions. Deal?”

He nodded, still breathless and buckling up his pants. I instructed him to bring me clothes and shoes from their lost and found. He hurried out and I paced the storage room conjuring up a plan. I certainly couldn’t let my target get away. Not only for my reputation and pride as a CIA Seductress Assassin but he saw my face, he would track me down eventually.

“Your boyfriend is leaving,” the bellboy informed me. “I heard him tell the front desk that he needed to checkout. He wants his car brought up in 30 minutes.” Just then we heard the elevator ding open and a hurried run back down the hall. The Cobra was preparing for his escape.

“I need to be in that car when he leaves,” I told him, “can you get me in there?” He grinned from ear to ear and took out car keys from his pocket. “I’m on valet duty tonight.”

When we got to Cobra One’s sports car, I got in and snuggly hid behind the driver’s seat. The bellboy brought the car up to the hotel entrance and Cobra One got in immediately and sped off.

It was just us all alone driving down the dark deserted streets. He had no idea I was there crouched behind him, lying in wait. As I mulled over my plan of attack, I removed the thick laces from my shoes. Then waited until we stopped at a red light to make my move.

I wrapped the laces firmly around my hands then sat up just enough to swing my hands swiftly over his head and around his neck. The laces were secured tightly around his neck before he even realized what was happening. With all my might and using my body weight, I pulled back fiercely. He choked and gasped and grabbed at the laces trying to pull them away. When that didn’t work he tried to punch at me but he couldn’t reach. I just had to hold on for a minute longer and he would lose his battle.

Suddenly, he came up with a desperate tactic. He slammed on the accelerator. The sports car zoomed ahead gaining speed rapidly with every second. I wasn’t wearing a seatbelt, he was trying to eject me from the car!

Holding even tighter, I aligned my body right in line with his seat. I knew he would stomp on the breaks at any moment so I braced myself. Instead, he began losing consciousness and control of the car. The car fishtailed wildly in and out of lanes before I felt it gain air and flip over multiple times.

Then… everything went black.

The next thing I remember is waking up in a strange room, tied down and gagged.

To be concluded… in next week’s blog.

Would you like this CIA Seductress Assassin to seduce you?