Cheating With My Friends’ Boyfriend

I’ve always prided myself on my willpower and never being a cheat, but I slipped recently and not exactly proud of myself. My roommate had to go out of town unexpectedly. Her mom needed an emergency appendectomy and she left as soon as her dad called her to come home for a few days to help. She was in such a rush she didn’t even think to call her boyfriend apparently as she was worried and rushed. Imagine my surprise when a few hours later her boyfriend was knocking at our door. They’d had a date and he didn’t know she wasn’t there ready.

I let him in and told him the news of course, that it was nothing to worry about, just an unexpected thing and she’d be back in a few days. He was all dressed up too, looked really nice, had brought flowers, I felt bad his night was ruined. He asked if I’d like to go out to dinner with him instead, and I said sure, give me a few minutes to get ready and I could fill in. 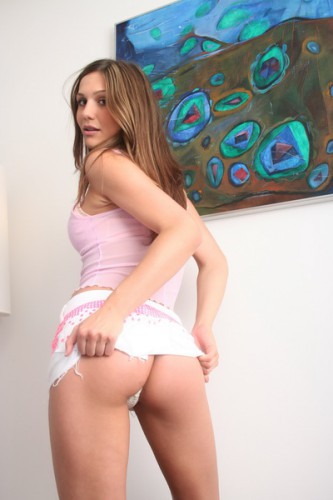 We had a lovely time and I was glad to get to know him better. We’d each had something to drink and he leaned in to kiss me and I of course put up a fight, this wasn’t right, it was cheating, for him anyway, she was out of town, you’re her boyfriend. I said one peck on the cheek goodnight and that was it, well after the peck, I gently pushed him away and he leaned in again, and this time he slid his tongue down my throat. I again pushed him back, but that lasted about two seconds. We were soon tearing each others clothes off and making a mad dash to my bedroom, cheating or not.

I took his cock out of his shorts once his pants were kicked off and I sat on the edge of the bed and sucked on it and he had his hand on the back of my head pushing it right down and gagging me, it was fucking hot. He pulled me up and stripped me naked and pushed me down on the bed and I was on all fours and it wasn’t but a moment before his shaft was buried all the way up the balls in my dripping snatch. I could feel his big cock stretching me open and I felt guilty cheating with my friend’s boyfriend like this, but it was a spur of the moment thing, and it felt too good to stop!