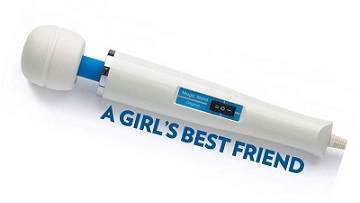 Cheating sex stories aren’t usually my thing, however, this was too good a phone sex call to pass up writing about.

My boyfriend was totally being a fucking asshole because he wasn’t paying me any attention. One night I got all dressed up so cute and tried to seduce him. The jerk didn’t even notice therefore I went to a mutual friend’s house.

I told him I didn’t care.

He asked more than once and I didn’t back down. This was what I wanted.

So, he told me to take off all my clothes and get on my hands and knees. I did what I was told as he went into the other room. He came back with a collar and leash. He put it around my neck and walked me into his bedroom.

It was like his personality changed. He grabbed me by my hair and threw me on his bed.

Finally, I couldn’t take it anymore and my pussy convulsed as I shot a load all over his face. “You lost.” He said that with a snicker. “Now you need to be punished.”

He grabbed me again and tied my hands to the closet pole. When the whip hit my ass I cried out. I struggled to try to get away from it. He quickly realized I didn’t like it very much and after a few swings let me go.

I didn’t like that so he tied me to the bed and started tickling my feet. At first, it was kind of funny, but I laughed so hard I thought I was going to pee myself. I started whimpering between my choked laughs and he decided to let me go.

It was time for my third punishment.

“But you can’t go back if you choose this one.” He informed me. I nodded and he pulled a Hitachi out of his nightstand. He put the head on my clit and duct taped it there. He turned it on to the lowest speed and got on top of me.

Again and again, my pussy convulsed. I came so many times that I couldn’t take it anymore. When he thought I had enough, he took the vibe off my clit and started making love to me. He whispered sweet nothings into my ear and made me feel like I was on top of the world.

After he came in my pussy and we laid there, my heart rate slowed and I started to come down. He stroked my hair and put his arms around me. Later he called it aftercare.

If you enjoyed this cheating sex stories then my phone sex hotline is the one to call to explore your Kinky Sex Stories.