Her Cheating Husband Fucked ME On Her Birthday* 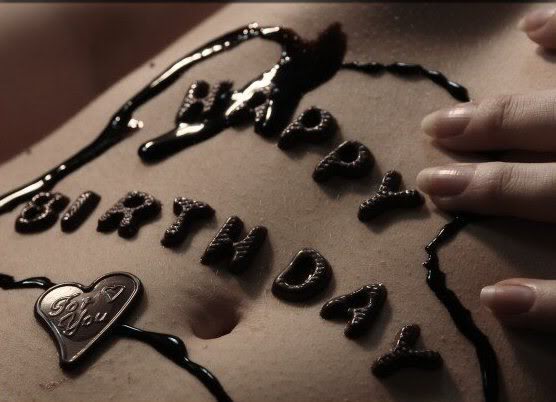 Her Cheating Husband Fucked ME On Her Birthday

My best friend had a planned birthday dinner last night. I knew it would be difficult for both of us to NOT be there for it, so it was the perfect opportunity to test his eagerness to get back into my good graces! I texted him yesterday afternoon and asked him if he wanted his sexy, non-housewife-boring, oh-so-fuckable mistress to forgive him. He of course, responded with a BIG yes!  I smiled to myself as I texted back, telling him that I would forgive him; everything would go back to the way it was before he got his wife pregnant; if he would find a way to be with me all night. Not only during her party? But after her party as well. He had to find and excuse to be gone ALL night.

It was several minutes before he responded that it was impossible.

Because not only would he be missing, but I would be missing as well. I assured him that I had MY excuse well under control. I had a cover story all planned out, and it was a GOOD one. Challenged him to take a chance. Get creative. Be an adventurous cheating husband and show me that he wanted it – because it was an opportunity that he wouldn’t get again. Another pause of a few minutes and then a single-word reply to my text: “Yes”.

I smiled as I got everything ready for the night.

IF he could pull it off, it would be one of the hottest nights of his life! We’ve never been able to be together for more than just a few hours. I wanted his baby before her and I didn’t get it. Now I want him pounding my eager pussy all night long while he should be giving her a long, hard birthday drilling! I pulled out my sexiest black lace nightie, and the almost non-existent black lace thong that goes with it. And a pair of my most delicate, strappy high heels. I was soaking in a steamy hot tub of water scented lightly with bath oil beads that smell like Chanel #5 (his favorite) when he texted me about an hour later.

He said he had called her and told her that he had to go with his boss to a work site a few hours away, but that he would be home in time for her birthday dinner. (That’s right, he’s a construction worker. A tanned, well-muscled, gorgeous construction worker. Can we say STAMINA? Yum!) I almost had time to pout before he reassured me that he wouldn’t be making it to the party. His boss’s truck was going to conveniently “break down”, so that they had no choice but to get a hotel room, courtesy of his boss of course, and stay overnight until he could get his truck fixed in the morning.

Wow! I have to admit that I was impressed!

We could actually pull this off! I texted her immediately to put my planned excuse into effect. I got called to work overnight at my other job unexpectedly, so I had to leave before her party to get to work. She said she was disappointed but understood, and it was as easy as that! His excuse, once executed later yesterday evening, didn’t go over as smoothly. She was unreasonably pissed off (as usual) that he couldn’t find a way to get home, but she had no choice but to be ok with it in the end. After all – these things DO happen. 🙂

When he got off work, he came straight to my house, where I greeted him at the door, wearing my black lace nightie, thongs, and high heels. I wrapped my arms around him and gave him the longest, most passionate kiss I’ve ever given him, for pulling off spending the whole night with me. We tumbled inside, slamming the door hard behind us, kissing, groping, licking, and feeling our way through the living room and down the hall, finally making it to my bedroom. We did SO many delicious things last night. ALL night. Starting with decorating my stomach with chocolate syrup! “Happy Birthday”, in honor of my bestie, since we were both missing her birthday! Poor woman… curled up in bed alone all night long on her birthday while her cheating husband is licking sticky chocolate off of my tight little stomach!

Later on, I was licking something sticky too – do you think it was chocolate? Mmmm, you’re right. It wasn’t!

After this, he may not WANT to be married anymore! I hope not! That would really ruin it for me! I don’t want to win him away from her! I want him at my convenience, and then I want to send him home! Don’t want him to be mine. I want to steal him. Guess being a homewrecking whore is just in my blood. I want it DIRTY. I know all you cheaters and man whores out there just dying to slip your chains want it dirty, too.

Call me if you are the cheating husband I’m looking for.