Chain him up and make him weak* 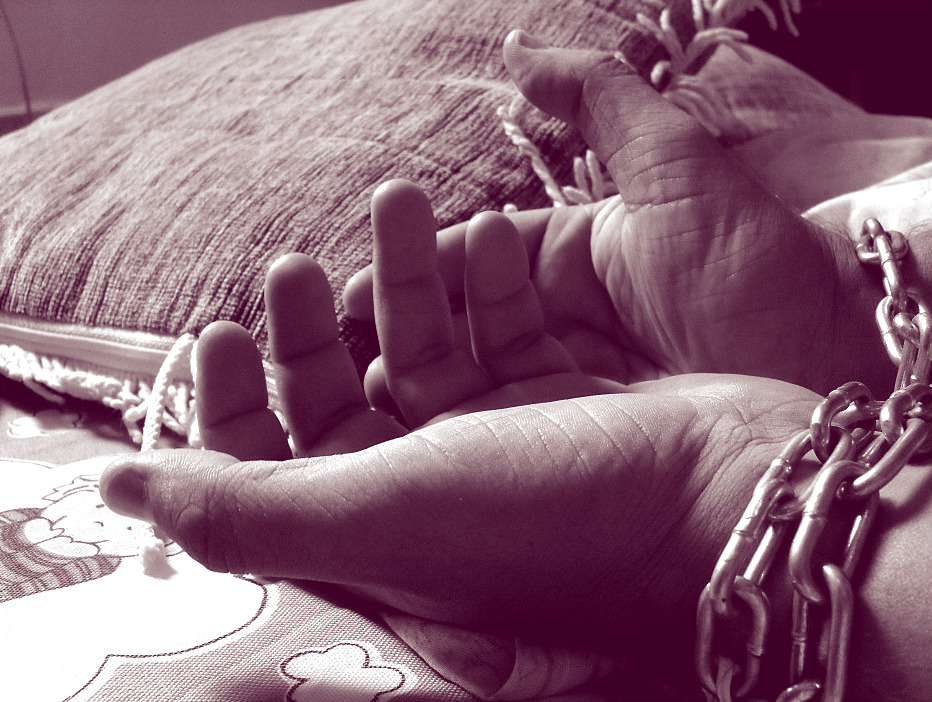 Chains wrapped around his hands to show him who is in charge.

Chains will keep him restrained. Lock him up then make him sweat it out. Leave him alone and make him think about ways to please his mistress. Take all control away from him.

That’s what I did with this Wall Street Business suit wearing guy I met a bar. He was so wasted that night. He saw me and bought me a drink. I wasn’t really interested in him, but he kept persisting. He was bragging about all of the money he has, and how he could probably buy me. I was bored as he got drunker. He started to touch me and get all messy.

He pulled out his wallet and took out 5 100 dollar bills. Then he started to tell me about how his last girlfriend left him and took his money. He didn’t know why but all of his memories of her were of her abusing him. He now gets hard every time he thinks of her. “Sam, I want you to hurt me like she did. Take this money.  Do whatever you want to me. I want you to take control.” Once he finished telling me this, he passed out. I could have just left him there and took the money. Instead,  decided to fulfill his request. My bartender friend said I could use the breakroom overnight. There was a cot in the room. Someone left some perfect old thick heavy chains, probably to lock up their bike.

The bartender and I  dragged him into the room and put him on the cot. I took his clothes off and tied his hands and legs to the metal cot. He started to wake up a bit. he looked at the chains around his arms and asked me what the hell was going on.

“Shut up, Bitch,” I said to my new sex slave. I left him the room alone to think about his fate for a few hours. What do you think I did to him when I got back?

Do you fantasize about being a sex slave? Call me and lets play!