Celebrating my birthday in the best way possible: With my twin!* 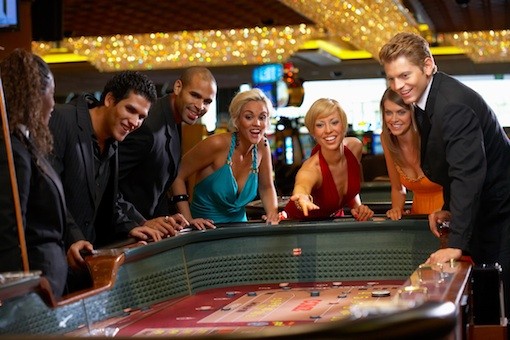 Celebrating my birthday is always kind of a big deal for me.

Celebrating is serious business since I have a twin and it’s double the good times! We turned thrity two this weekend and we had an absolute blast. We went to a casino!

Normally we aren’t big gamblers but my sister had a $100 gift certificate and we figured that, combined with our stunning good looks were enough to have a great time! Boy, were we right. We met lots of people who were more than happy to buy us a drink or throw some money in a slot machine for us.

We went earlier in the evening, so it wasn’t as packed as it could be. Still, there were plenty of men with deep pockets. We can both be very charming when we’re together and especially when we’re drinking. The men could not resist us!

There were two men in particular who caught our eye and we both felt an instant sexual connection with. They turned out to be brothers as well! Both in their mid forties and both with fat stacks of cash they were willing to spend on us. Perfect!

After partying with these guys for a few hours, they mentioned they had a suite booked at the hotel above the casino. Since my twin and I were enjoying their generous company so much, we agreed to join them for a drink back in their suite.

After making us each a drink, we all settled on the couches and began flirting and talking.

As these things tend to do, one thing lead to another and it wasn’t long before we were each making out with our chosen brother. My twin and I never fool around sexually, but we are not shy around each other either. So it was nothing for us both to get on our knees and suck some dick, side by side.

I had such an awesome birthday with my twin sister!