Cock and Ball Torture For My Pleasure! ♕ 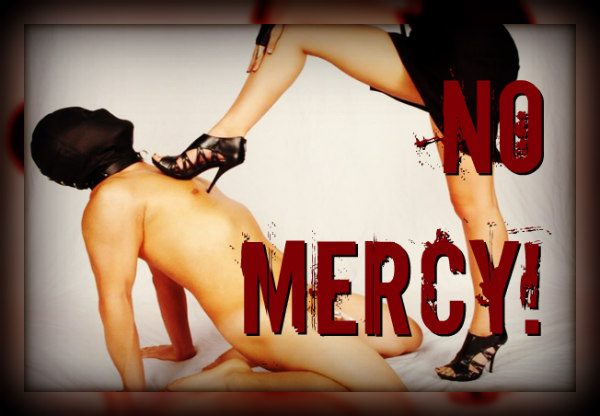 Cock and Ball Torture for my Pleasure!

“Bad Boy,” I screamed out taking my 6 inch heels and digging them down into the pathetic ball sac of the sad little man thing beneath them. He said he wanted more than humiliation phone sex. He said that he want me to be his dominatrix. Lucky for him he happened to meet up with me on a day that was going pretty shitty. As he yelped out and his cock began to stiffen and harden I took my flogger and whipped it across the shaft of his hard penis. It looked like he was going to get more than he imagined, as I continued to dish out CBT – Cock and Ball Torture I could see the sweat bubble up over his brow, and he had a reason to sweat.

I stood him up and chained his hands over his head. He was going to get it now. I knelt down between his legs and grabbed onto his ball squeezing them and pulling them away from his body. I told him how stupid these things made him. These two jingle-jangle balls made him a dumb ass hole of a man and needed to be removed! (or at least tortured) I thought it would be fun to maybe even turn him into my own candelabra so I could have myself a world-class candle-lit dinner.

I grabbed a candle and lit it, holding the lighter under his pube-covered nit sacs.

I laughed a wicked cackle as he screamed squirming, the smell of burned hair running through my nostrils. Then I took the candle and began to drip the hot melting wax over the top of his shaft. The more he screamed the harder he grew and the crueler I became. I grabbed his shaft and let the pre-cum allow the long candle to shove into the tip. It was perfect, the candle max melted down the candle onto his tip down his shaft, and onto his balls. The perfect platform once I laid him back to hold my votive candles.

Can you handle me if I show you no Mercy?

Crave my Cock and Ball Torture!