Castration Fantasy: I Wanted To Cut It All Off Because He Deserves It♕ 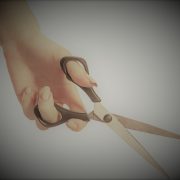 Castration Fantasy: I Wanted To Cut It All Off Because He Deserves It

Castration fantasy! Well, I just want to share a little fantasy I have had about my ex-boyfriend. Just a little thing in my head I have wanted to do to him. Come along and read all about it.

So, let’s say my ex comes over to bring me our dog for a visit. And me, being jealous, asks how his girlfriend is doing. He tells me she’s great and I talk a little shit. Things escalate and we argue.

I’m 5’2″ but work out and think I can take a man of his size so I grab him by the neck and throw him down. He looks up at me, surprised that I just did that. I quickly grab his legs and drag him to my bedroom and grab the restraints I usually have under my bed. He’s in pain from being thrown onto his back so I fight him a little and get the restraints on him.

His hands are tied and he’s pissed but I grab my bondage ropes and spread his legs. Tying one to my dresser and the other to the door handle. He’s trying to beg me to let him go but I just laugh in his face. I know that in my head I have thought about what I would do if I ever got him alone.

I grab my scissors from my bathroom.

And then I slowly cut off his jeans and then his boxer briefs. He’s starting to get hard out of pure fear. And I find it amusing to see him practically crying. He left me for someone else and deserves to be punished!

I tell him “You know, you were a bad boy. Leaving me for someone else after 5 years of us being together. Yeah, I may have someone new but… you deserve punishment!” He asks me how and I just stand up, just pacing and thinking.

I could just trim his pubes in the shape of a B but ugh he could just shave it off. Maybe I could pierce his nipples with safety pins! No… not enough punishment. Then I think to myself about a castration fantasy that someone had not too long ago on the phone.

Smirking I say to him “I know. You love to fuck your new girlfriend don’t you? Well… what if you couldn’t anymore?” He blinks and screams “NO!”

I grab my ball gag to shut him the fuck up because I was not about to listen to him scream. He starts to cry and I say “Aw, little baby scared? Well, remember, you deserve this.”

I snip the scissors in front of his face.

Then I slowly trail down his body with the tip of them. Leaving little scratches on his chest and tummy. And finally, I get to his manhood. I smile and pull on his balls, making him wince.

“Remember Devin, I loved you more than anything else in his world. And you threw that away to be with some brown-toothed fugly skank.” He shook his head and tried to scream but couldn’t quite get around the ball gag. I then take my scissors and cut the seam of his ballsack.

He screams and tries to wriggle around but I just keep cutting. One of his testicles falls right out so I SNIP it from his body and hold it up. Laughing I say “You know you don’t need those anymore, bitch.” And he starts crying and I think tries to beg me to stop but I pull out the other testicle and snip it off too.

I place both of his testicles on his chest and say “Looky there. You’re practically useless now!” And then I move back down with my scissors. His cock had gone limp completely so I grab it and start chopping away at it.

“Remember that I loved you, you piece of shit.”

I say as I finish the job. He’s complete. No longer will he get to do anything with his cock anymore! I fucking won.

I set his cock on his chest and he passes out from the pain. I run to my kitchen and heat up my biggest knife and come back and cauterize the wounds because he’s bleeding all over my carpet.

Wow! Didn’t quite know I had that kind of a story in me. Even crazier than my alien sex dream.

Ready for the best fetish phone sex? Call me.