Cab Driver Gets WAY More Entertainment than He Expected ♕ 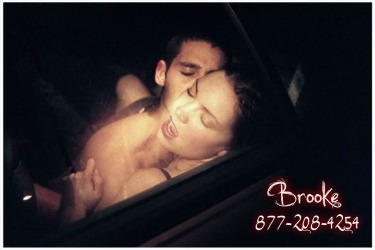 Our cab ride got really interesting.

I leaned over in the backseat of the cab and started to tease my boyfriend’s cock through his pants while I kissed him. It didn’t take long for him to get hard and I decided to take it even further. I undid his pants and started to jerk him off right there. The cab driver turned for a second to see what we were doing but my boyfriend freaked out and told him to keep his eyes on the road. I started sucking off my boyfriend but the cab driver couldn’t help but steal some peeks.

After I sucked off my boyfriend’s cock he pushed me back and lifted my skirt up to my hips, ripped a hole right in the crotch of my stockings and went to town licking my wet pussy. I could see the cab driver stealing little glimpses in the rearview mirror so I kept watching for him. The next time he looked I locked eyes with him in the mirror and reached into the top of my shirt and pulled my tit out.

I gave the driver a little smile and wave as my boyfriend led me out of the cab and up to our place to finish what we started. I’ve played in cars before but having that cab driver right there with literally a front-row seat to what was going on, now that was hot! I can’t wait to try it again and see if I can take it a little farther! Have you ever had sex in a cab? Or just fooled around before you get home? I’d love to hear your naughty stories!! Give me a call and let’s share!