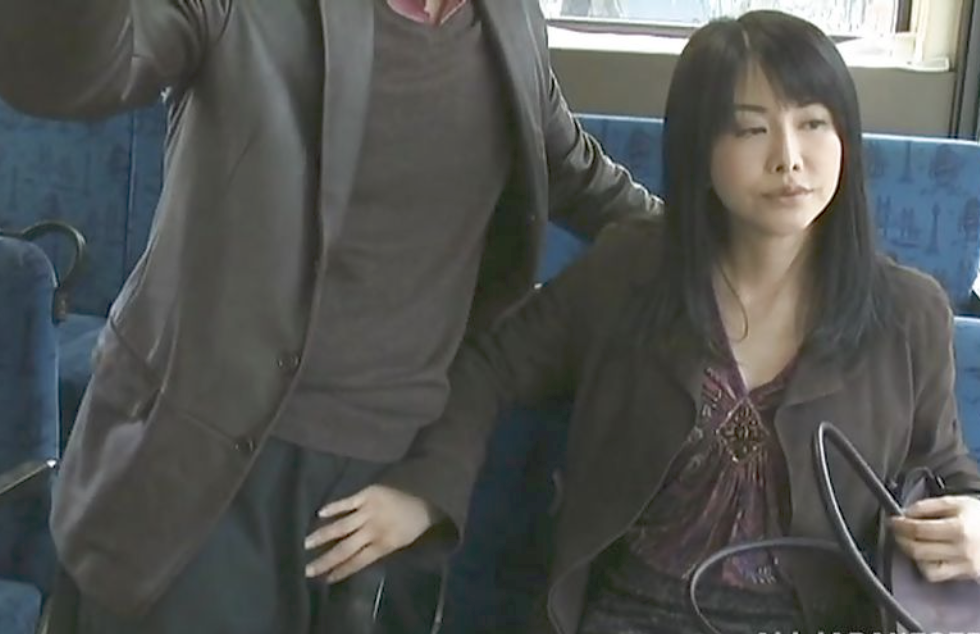 Strangers on a Bus

Bumpy bus handjob–He was there; I was there; we were strangers in the back row on a bumpy bus ride through Queens, New York. I deliberately sat next to this tall, handsome stranger and put my hand down on the partition in between our seats. He didn’t look at me; he didn’t resist.

I slid my hand closer to his thigh. He didn’t move a muscle. Instead, his eyes remained fixed straight ahead, like he was peering at the traffic ahead along with our clueless bus driver. My hand touched his thigh. I felt it tighten and tense against my touch. Slowly, I slid my hand up his thigh.

Feeling For An Opening

The bus bounced along the bumpy roads of Queens, New York. My hand worked his belt as I slid it out of his belt loops. I paused for a moment and teased his cock, tracing its outline on the outside of his suit trousers. I wanted to edge him for a bit before giving him that sweet release.

I worked my hand up and down that shaft, and the stranger threw back his head. His eyes fluttered closed and mouth hung open. With each bump of the bus, I squeezed that stranger’s cock as he surrendered to ecstasy. This stranger had no idea when he woke up this morning that he was going to be at the mercy of Sexy Sadie.

The doors opened and closed, and the bus driver shifted and slowed as the brakes screeched to a halt behind pesky traffic. I picked up the pace, my hand jerking and yanking and twisting that stranger’s cock, keeping up with the accelerating bus.