Breathplay turns me on ♕ 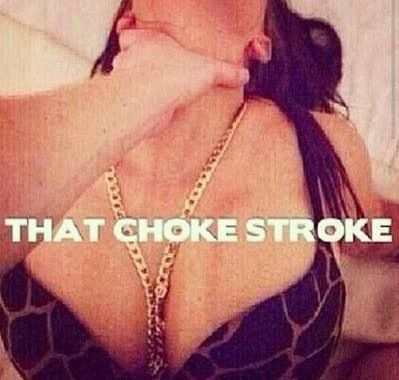 Breathplay turns me on for a lot of reasons. I love having someone’s life literally in my hands — what more cum-plete expression of submission and (simultaneous) domination could there be??

Definitely things like “safe words” have to change in the context of choking. I use hand signals with my partners. There’s always at least one that means “stop” and sometimes we’ll add in two more to indicate “less pressure” or “tighter.”

Breathplay can definitely be dangerous, but I think a lot of the bad rap it gets has come from Sixty Minutes exposé-style news bits about how this or that teenager (and all their friends, etc., etc.) were found dead after indulging in the oh-so perverse, oh-so deadly pastime of auto-erotic asphyxiation.

Before really getting into breathplay, I read about it. I watched videos made by people who engaged it in. I had a lengthy discussion with my sexual partner at the time about it. Actually, that guy was the reason I started getting into breathplay! He loved it and begged me to choke the shit out of him. And eventually, I did . . . in a consensual, well-informed and safe (as is/was possible) way.

Oh, and yes: it was fucking awesome. So, does your dream girlfriend experience include a little choking during sex? Perfect. Call me!