Blumpkin Lesson 101: How I Learned How to Give My First Blumpkin 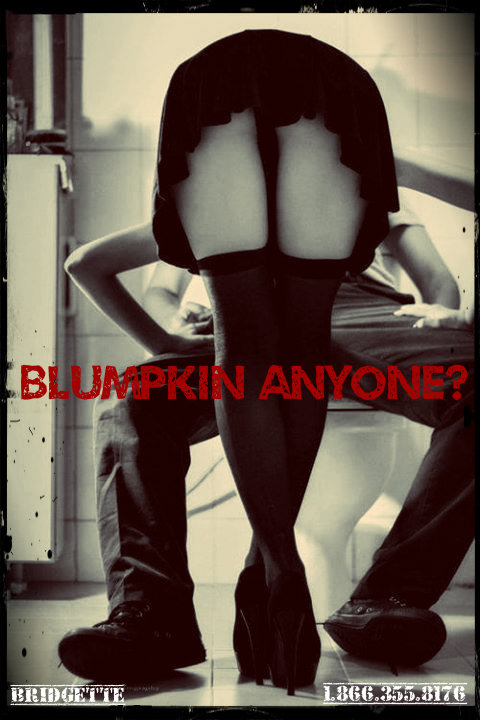 I’d never given a blumpkin before. Truth be known, I never thought that I would ever be in the position to give one. Guess that shows you should never say never, lol. This is the story of how I gave my very first blumpkin.

I was at a cocktail party and found myself flirting shamelessly with a very ruggedly handsome fellow, with jet black hair and the most piercing blue eyes I had ever seen (made me all buttery in the nether regions, if you know what I mean *wink*).  The conversation was getting pretty steamy when he said he had to excuse himself to find the men’s room.

A grin came over my face and I invited myself along.  On the way, he whispered in my ear, “Have you ever pleasured a man while he sat on the throne?”  I’ve never indulged in any form of scat play, let alone given a Blumpkin before. I found the idea tantalizing, so I followed him into the restroom and locked the door.

We were immediately all over each other, our tongues down each other’s throat, our hands exploring furiously.  His hand found its way down into my already soaked panties, his fingers spreading my drenched pussy lips and thrusting them brutally deep inside me.

Two more fingers joined the first, and he kept fucking my greedy cunt over and over, faster and faster, his thumb running over my aching clit. Until in a haze or primal heat, my whole body shook in endless spasms, my orgasm taking over.

My pussy clamped down on his fingers as the muscles of my love canal milked them for all that they’re worth.

With a smoldering grin, he then led me to the commode, walking backward as I undid his trousers.  With one quick motion, his pants were off and he was seated on the john.  I knelt before him and went to work on his throbbing cock.  My tongue was swirling around his swollen head, playing with the sensitive underside of his shaft.

The sensations were driving him wild – me bobbing up and down on his meat, and his full colon massaging his prostate from within.  It was just about all he could take. ALL at once he exploded, both in my mouth and into the porcelain throne.   Spasms passed through his cock, as well as his sphincter, for what seemed to be an eternity.

After we composed ourselves, he told me that that was the most incredible sensation he has ever had.  Seeing his reaction to the Blumpkin, I can believe it!  We still get together sometimes and explore other fantasies, including the occasional Blumpkin!

Care to experience the primal and raw bliss of a Blumpkin yourself?  Call me and meet me in the bathroom ;)!