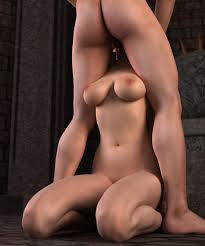 He began to notice that there was tension between his father and his stepmother. His father worked long hours and was often away. June became restless and started cheating on her husband with younger men. Davey noticed more than one young man lingering at their home and lusting for his stepmother. Then one late night he awoke and heard strange noises.

He went to investigate and caught his stepmother June and a young stud fucking in the basement.

Upon seeing Davey the young man hurried off and ran out of their house as his naked stepmother lay naked trying to hide her private parts with a sheet and begging Davey to not tell his father. “Please, Davey, don’t tell your father what you saw tonight. I have been so lonely for a man’s attention. I won’t do it again. Please, don’t tell on me.” Davey knew this was his chance. “I won’t tell on you, stepmother, as long as you do to me what you did to him”, Davey said as he walked toward her pulling out his hard cock.