It’s Only Biting If You Leave A Mark! ♕ 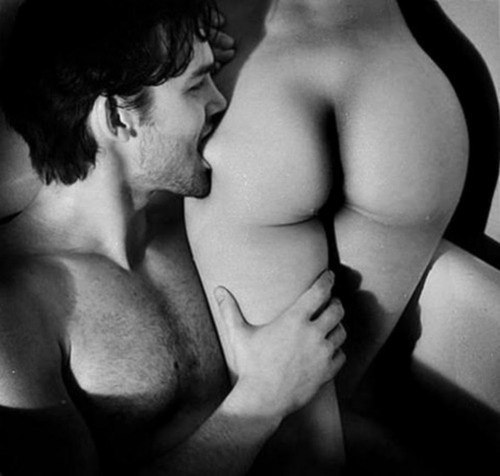 It’s Only Biting If You Leave A Mark!

I could feel his eyes biting into me as his cold. His twisted mind began to ponder over what to do to me next. This was how I liked it; a cocktail of submission, adrenaline, and pleasure flowing through my body as I twitched helplessly. He knew how to press all of my buttons, but which one would he press tonight?

His body came within touching distance of my own, but where I had been bound to a hoop on the wall via a tight black rope. I was not able to let my hands explore the lust-worthy, defined body which stood in front of me. All at the same time, this was as frustrating as it was teasing – I wanted nothing more than to feel his defined abs, yet at the same time, I loved it when he played hard to get. As he leaned in to kiss my neck, I urged him to let his teeth rip into the flesh of my neck as if I was a piece of meat, though once again, he teasingly held off, purposefully not indulging my biting fetish. Instead, he lingered just close enough that the fresh smell of his aftershave tingled against the inside of my nostrils.

After several more minutes of severe teasing, he eventually indulged me.

As he pushed me against the wall, my dominative partner let his cock brush against my thigh. He began to let his teeth grip my neck. My heart began to race as I held my eyes shut tightly. I was savoring the moment as I bit my lip. My skin felt as if ripples were floating beneath the surface whilst I arched my back in pleasure. Now almost at the peak of my lust for him after he had teased each and every one of my senses, he began to incline his finger towards my clit, stroking me rapidly as I began to pant.

Once again, I screamed and begged for him to bite me. He responded by edging towards me, at first biting me lightly.  Then he sunk his lips into my flesh. Sucking my skin as a large red mark formed on me beneath where his mouth had been positioned. My slit must have been soaking wet at this point. He began to slip his fingers inside me with ease, at first using his index and middle fingers. Then also adding his ring finger. I quivered at the sensation of my cunt being filled at the same time his mouth was wrapped around my throat.

Rather suddenly, the symptoms of orgasm began to sink into my body.

I moaned uncontrollably, and my muscles began to tense. Normally, I would grip tightly onto the nearest object, but the shackles around my wrists prevented me from doing so, and beads of sweat began to break from my skin as my knees trembled. The repetitive, stroking motion of his fingers began to slow as I returned to my senses, albeit being left breathless, and I let out a deep, satisfied sigh after having my biting fetish satisfied.

Are you into biting or any other type of Fetish Phone Sex?