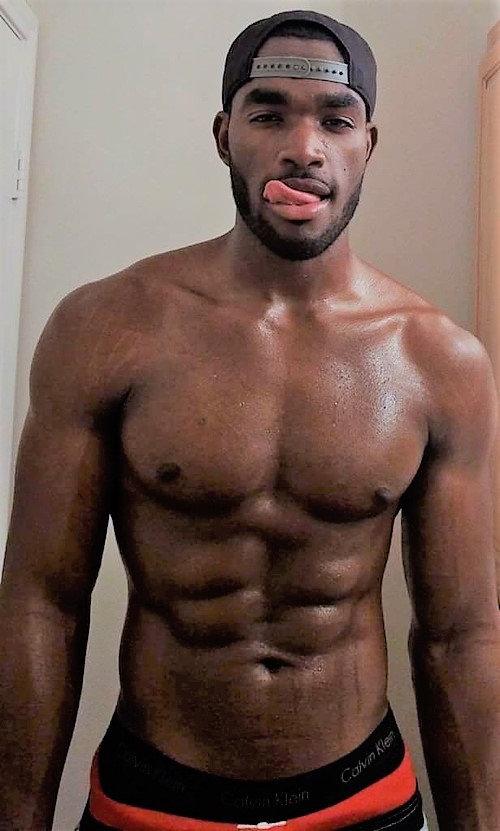 Then, Deb had a little surprise for Richie. She knows how much Richie loves that big, black cock. While Richie was strutting his stuff in the living room, four big, muscular black men came walking in from the kitchen. Richie looked like he was in heaven.

“Now, get on all fours,” Deb instructed her husband. He did. The black, nameless men circled around him. They were all shirtless, just wearing jeans. One stood in front of Richie, one stood behind, and the other two were on his sides.

They all began pulling their pants down, slowly sliding the jeans off their strong thighs. The man in front of Richie grabbed onto his bald head and pulled him down on his huge, black cock. As Richie started sucking his dick, he felt another dick behind him rubbing against his ass. Deb sat down on the chair in front of Richie so she could look him in his eyes while he took big black cock from both ends.

The two other men standing over Richie had started jacking off in a circle jerk around him.

Richie lifted his body off the ground and grabbed the other two guys’ cocks in his hands. Deb watched Richie getting fucked in his man pussy, his face, and jerking off two more dicks. “Richie loves taking four big black cocks doesn’t he?” She cooed while she pets her pussy.

I can never get enough of my neighbors’ sex adventures! If you can’t wait for the next story, call me now for some kinky taboo phone sex!