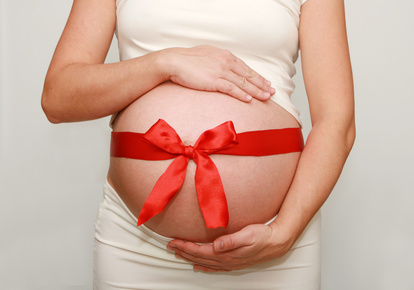 “I’ll make a mother out of you,” he said, clambering on top of me the instant after I had announced that I had stopped taking birth control tablets. With a ferocity that he had not shown in a while, he began to rip open my silky satin blouse before his hands began to slither over my body like a sex crazed impregnation serpent before they snaked into my panties. I gasped as he began to fondle my clit.  He began to tug at them until they came free of my thighs.

Now beneath him wearing nothing but a black pencil skirt. I plunged my head back into the soft feather-stuffed pillows as his lips began to tenderly kiss a trail from my abdomen to the moist lips of my pussy as he rolled the hem of the skirt upwards. His lips began to flicker against my slit as he aimed to turn me on and make me crave his cock. A goal which he achieved with relative ease. Sensing that I was overpowered by his sexual advances, he withdrew the chilling, damp touch of his tongue from my clit and began to shift the weight of his muscular frame so that he was positioned completely above me. His crotch brushing against my own as his lips embraced mine.

Slowly yet powerfully, he began to insert his erect member into my trembling vagina.

I could see in his eyes that he had been waiting for this moment as he slipped into me unprotected. Nothing sheathed the veined skin of his cock, and as he began to thrust his hips. The truly intimate touch of his shaft stroked my insides as I could see him finally act out his impregnation fantasy. As he rocked my body, the posts of the bed began to tap against the cream wallpaper, and I tilted my head backwards, very much welcoming the raw, uninhibited sexual sensation.

By the time the full-strength of my orgasm had kicked in, my pussy was feeling raw and tender.