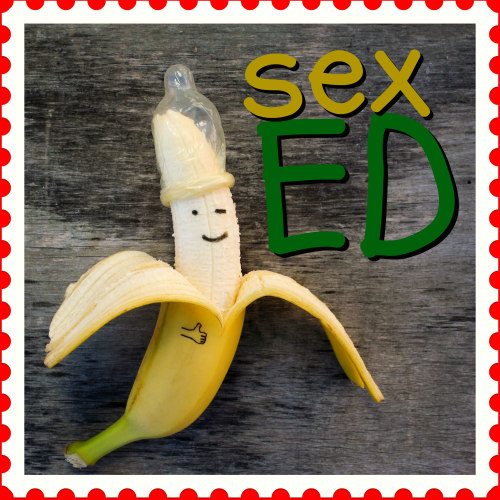 He was cute, innocent, and oh-so-yummy. Tall, dark, and very handsome. His name was Jamarcus. His mother moved in next to me. She seemed cool enough, but once she found out that I was the proud owner of a sex shop, well things changed. I guess she did not want her little “boo bear” to get corrupted by me. Well, with a fine body like that I am sure he was already doing his own corrupting by now. Might I add that the “little boy” Mommy was holding so tightly to was not so little, but was actually a 21-year-old thriving man, who happened to live with his Mother? I love big black cock!

I was kind of honored that he was asking me for sex advice, but had no idea where to start at with a prude.

I decided the first thing I needed to do was the old condom on a banana trick. It seems like if I am going to teach this sexy thing about hot steamy love making the first thing I need to do is show him how to make it safe. However, as I sat onto the counter and unrolled the condom onto the banana as I deep-throated it into my mouth, sex ed class led to one thing after the other.

I moved from the banana to his very stiff and gigantic cock! I am a true cock sucking champion, but as I stroked his giant dick into my mouth and gulped him into the back of my throat, I gagged just at the massive size. There was no way I was letting him leave without teaching him how to fuck. So as I slid to the edge of the counter and presented my pussy to him, he met me teasing my cunt with the tip of his dick. I had a feeling he had done this before, just the level of expertise he had.

He wrapped my legs over his beefy forearms and slid me onto his big black cock. I whimpered out as he stuffed my pussy with his fuck stick. It felt so good. He moved his huge big black cock in and out of me in waves, stroking perfectly on my g-spot. I arched my back and gripped the edge of the counter. I was positioned perfectly so that every time he thrust into me I hit my bell. Out moans and groans combined with the dinger and all I could hear was “ring my bell” playing like a fuck soundtrack in my mind. Perfectly our climaxes were timed together. After we cleaned up I asked him if he was fucking with me and if he needed my help. He gave me this sexy chuckle, winked, and then left my store. What a bad, bad, boy!