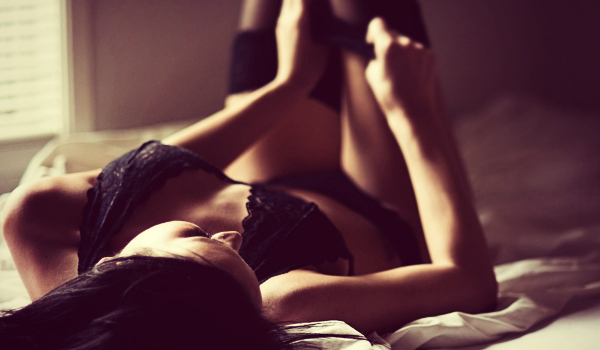 I’m a very sexual person. My exes & friends have always said that I would flirt with a toaster, if I wanted. My moral compass spins around wherever I want it, and I love having a good time. So..after a little while of playing with being a phone sex girl, I wanted to branch out. Some of my friends suggested I go the next logical step and become a cam girl.. but I wanted to make the big leap and try on something more daring: becoming an escort.

How bad could it be? There were several high end agencies in my city, and I was always good at having fun and getting to know people. So I had some high end boudoir photos done and I took my portfolios and flirty nature to see who was taking on a new girl. I had a job within the week, and the next exciting step was the first client.. I was so nervous. It was an out call, and I was meeting him in suite 221 of a fancy hotel in the downtown area. I showed up ready.. Some tight, little black thigh highs and lacy black lingerie hidden under a form-fitting, little black dress.

He was a very sweet guy, I almost forgot that it was an appointment rather than meeting a friend. I flirted like it was no one’s business.. Laughing, smiling, letting my hands linger on his knees as we lay around on the couch and had a little talk.. And then, the escort business really started, and I learned that he was a masochist. He loved having his balls squeezed, tortured, and tormented. I was going to have a lot of fun with this. I had just gotten him tied up to the bed with some cloth when he asked me for it. He wanted me to tease him until he couldn’t hold it any longer..and I was more than willing. Teasing is my favorite. I love taking my clothes off little by little.. letting someone’s eyes linger on my body as I make them wait for it. Specially when I climbed over him, letting his cock brush right up against me through the panties.. and he pulled on the cloths, trying to get free, but he couldn’t – he was under my control. He was mine to tease and torture.

And little by little, I teased him all night.. Having him beg me, feel me, and yearn to finally get in me.. But when he did, I made sure he had a good share of pain to go with it.. My nails digging into his balls, giving them a tight little squeeze. It was all he needed to push him over the edge. 😉

Nothing is too naughty for me.