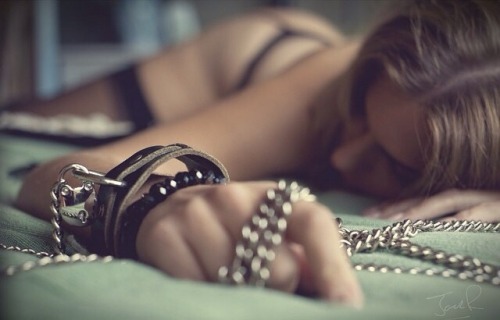 I’ve been teasing this guy on and off for longer than I can remember.. It’s the way that I am – I fucking love the reaction I get, knowing his cock is getting hard, knowing how much he’s getting turned on when I whisper dirty things in his ear.. There’s been plenty of times that I’ve distracted him from his work, from his games, just to go a round with me.. or be painfully disappointed that I was just teasing, and didn’t actually want to fuck him. So many times, he’s been seething with anger because I teased him and left him hanging.. He makes sure to get revenge on me the next time we fuck – he gets rougher, leaving my pussy throbbing and sore sometimes.. It’s a back and forth exchange, sometimes there’s handcuffs involved – me tying him and teasing him to hell, or him tying me so that I can’t get away. The amount of BDSM in this sex ‘relationship’ of ours could probably get us arrested from time to time, from the claw marks I leave in his back and how he loves hearing me beg him to stop..
But there is one time that I remember in particular.. Just a few weeks ago. We’ve had a bit of a falling out – I’d been teasing too much and not letting him have it, leaving him hanging there, with that hard cock.. one too many times. I guess he finally snapped. He brought out two pairs of cuffs and some ties. I was laying on the bed just teasing, letting him walk by and catch a glimpse of me playing around with myself.. and he walked into that room and took control, tying me down as I protested and fought back. I was furious, or so I thought – this time I didn’t really want to be tied up. I wanted him to hate me, to bite his lip and tremble at how badly he wanted to fuck me.. but it didn’t work out that way. He took control before I could even blink, climbing over me and letting me have every inch of the cock I’d been torturing for days.. I’d never really read up on BDSM – I had the general idea, but handcuffs were as close as we’d ever gotten to it. This time he took it all the way, having me call him Sir, or Mr.. having me beg him if I wanted him to slower, and only giving me what I wanted when he felt up to it..