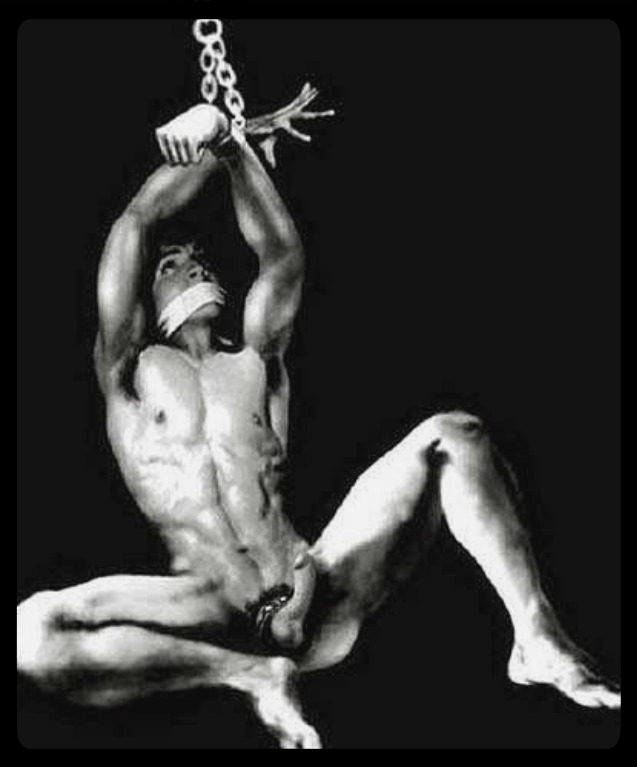 Each one of my subs has their own drawer and he quickly went to his.

When they arrive they are to get their things and properly prepare for our session.

Michael quickly stripped out of his business suit, that he had worn to work, and replaced it with wrist and ankle cuffs.

He got down on his knees again and with both hands palm up he waited for me to take his leather flogger.

I only took it from him when I was satisfied with his actions.  He had a routine that he had to follow to the T.

Consequently, any deviation from the routine would lead to immediate punishment.

That day, Michael did well.

I took the flogger from his hands and gently ran it down his bare back down to his ass.  Letting the light leather strips gently tease his ass cheeks drove him mad.

He was never sure if I was going to give him a swat or not.  Then, I could feel his anticipation building.

I told him to get into position. He walked over to the padded horse, straddled the hump in the middle and lay face down.

After securing his restraints to his wrists and ankles I teased his ass crack with the tips of the flogger.

I Slowly moved it down until the ends tickled his exposed balls.

Then all touch was halted.

When he let out a whimper I quickly snapped the flogger against his white ass.

We relived his day at work.

For every decision he had to make at work he got a swat.

This was where he was NOT in control.

His cock was oozing precum by the time he had been properly punished.

How should I let yours end?