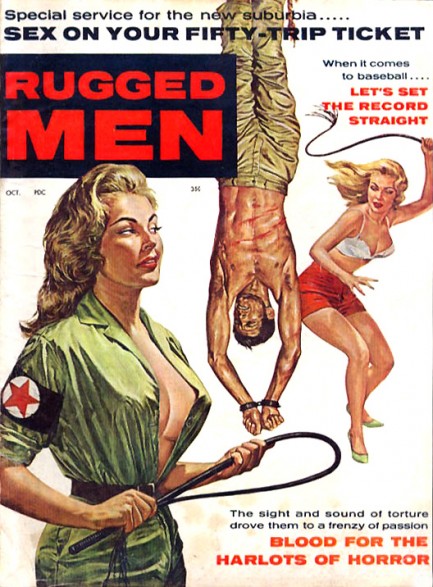 We bought our tickets ahead of time, the entire theatres countrywide were sold out for days. This movie dominated the cinema! So with so much hype and buildup why is it so unreasonable for people to become insane with anger when the creators of the show killed off most of the heroes and left the world in ruins with evil in control?

That is where this story begins. I stormed the castle and took as my prisoner the very man who in my mind was the ultimate person to blame for the travesty! I took him to my RED room of pain where I spent weeks both torturing and pleasing him. Afterall, he had given my life a lot of pleasure just to yank it all away at the height of my entertainment orgasm!

Blindfolded and with a ball gag in his mouth

I tied him to my rack and sliced all of his clothes from him. He was blindfolded because like me I never knew what to expect. Soon I placed a ball gag in his mouth because I did not wish to hear his pleading just as he refused to hear the pleading of his fans.

Lashing his body brought his cock to orgasmic pleasure more times than I could count but I never allowed him to have what he wanted most. It was the Mother of all Edge plays! He whined and cried and would have begged if he could have spoken.

My satisfaction is not complete!

It was so much fun forcing my strap-on down his throat until he gagged and puked. He was miserable but I was relentless. I never stopped I placed him on all fours and forced a humbler on his balls, he learned quickly not to speak to me without permission. He also learned that he should not try to move or it would feel as if his balls were being ripped from his body! My satisfaction was not complete.

The comic world is in CHAOS!

I sat straight up on the bed, sweating profusely and oddly very aroused. It had all been a dream. I staggered into the kitchen and poured some coffee as I switched on the TV. The news broadcaster seemed very distraught as she was telling the world that _____Studios were not apologizing for destroying the universe as we know and allowing EVIL to take control!

I went to the closet and was looking for my ski mask and gloves!

Would you like to participate in this fantasy with me? Are you a geek and feel betrayed by the loss of our superheroes? Give me a call at phone sex kingdom and we can have an adult chat about all the ways we could destroy the creators with a lot of humiliation and bondage! I could become a sadist with as much anger and betrayal that I feel! Move over Grey, there is a new shade of Simone!

Have you tried angry sex? Angry phone sex is even better!