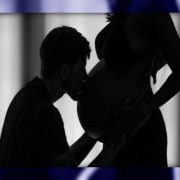 She could feel his cock getting rock hard between her lips.  It was only minutes before she was hungry for big black cock in her pink wet pussy.  Tom couldn’t get enough.  He wanted more.  Lowering himself under her body, as he watched closely to the thick nigger dick fucking his wife.  Soon he wanted a taste, as he started sucking Tyrone’s big black cock.