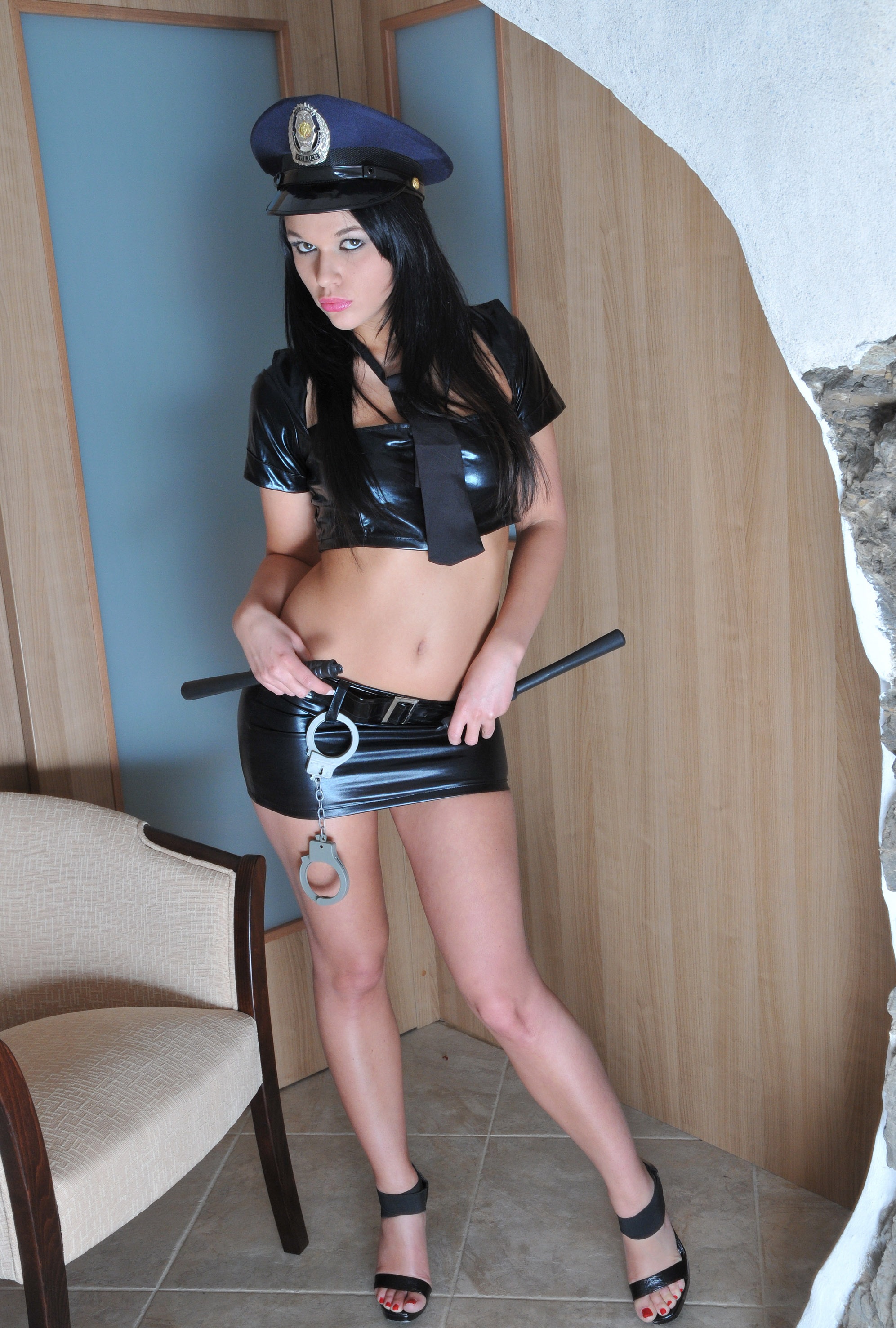 When I slide into my sexy police uniform I immerse myself completely in the role as Officer Star, James called me up and in his best elderly women accent asked for Officer Star telling me her neighbor James had been on his front deck making a drug purchase I assured her I would come right away. I quickly headed over to his house and when I answered the door he was smoking a fat blunt and grinning like the Cheshire cat.

“What seems to be the problem Officer?”

“I received word that the resident of this home was committing a crime…obviously I was told correct.”

He gestured me in and I was all too happy to shut the door once I was inside. James made a show of rummaging about and left his blunt in the ash tray by the door.

“I swear Officer I have a card”

“I don’t believe you and since you can’t show me i’ll have to arrest you on drug possession!”

I moved towards him pushing him up against the wall and forcing him to turn around. My hands glided over his body and to his front I could feel his cock already rock hard and throbbing. “Looks like I need to do a strip search! Take off your clothes” I ordered him.

James turned towards me and slowly starting taking his clothes off piece by piece. Once he was bare of clothing I gestured for him to turn back around and cuffed his hands.

“Please Officer don’t I’ll do anything!’

“Well…you’ve got a nice cock. You any good with that mouth?”

I pulled him away from the way and forced him onto his knee’s. James is easy to control and when I want to be grown up Star I love being in control of everything. Spreading my legs apart I pushed his face into my covered panties, they were already damp. “Take a nice deep whiff” I ordered and he all too eagerly obeyed. I grinded my panty covered pussy against his nose letting it brush my clit. It was erotic…it was kinky…it was exciting to be so in control of the situation.

I moved back a bit sliding my panties out of the way and then forced his face back into it. He did as I told him, his tongue darting out and hungrily eating my soaked snatch. I couldn’t even fight the moans that escaped me, James had a tongue that was like magic! The slow burning pleasure built quickly until I was screaming my release.

We lay on the floor panting during it he’d yanked my top open exposing my bare chest, I hadn’t bothered with a bra.

“Did I fuck your brains out Officer?” He asked me grinning, I couldn’t help but smile back and smacked his ass.

We spent the whole night fucking, by the morning my uniform was scattered all over his place and we’d fallen asleep on the kitchen floor naked.