Another Stroke Of Bad Luck ♕ 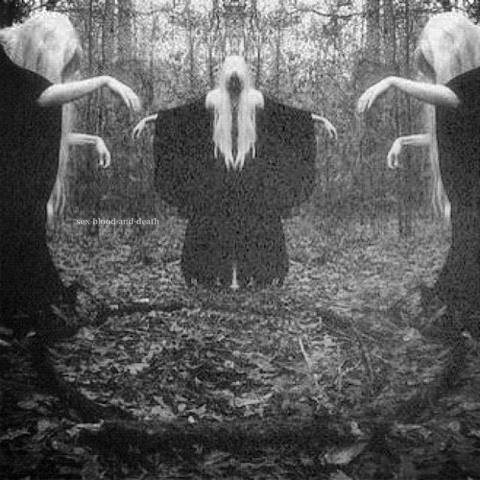 Like a cat, he landed perfectly on his feet. I clicked on the flashlight I’d tucked into my jacket’s secret pocket, putting it underneath my chin to create that harsh “evil” glow, and cackled.

“Very funny,” he muttered, wiping a silvery trail of cobweb out of his tousled red hair.

“Awww, you know I’m just teasing!” I said, letting the flashlight dangle to light the dirt path ahead of us. I sidled up to him and gave him a one-arm sideways hug before taking his hand. “Let’s go, yeah? What’s the worst that could happen?”

His hand was sweaty, clammy. I didn’t want to make him feel more nervous and strange, so I didn’t say anything. I just let him clasp my hand — which he did, tighter and tighter with every step we took further into the eerie darkness. Was that fur I felt sprouting on his sticky palms? And was the flashlight’s glow playing tricks on my eyes . . . or were his ears getting pointier, fuzzier?

Suddenly he released his grasp, unclenching his fingers to break his fall — he had tripped over one of the headstones. I knew somewhere in his increasingly muddled brain was an echo of recognition that his unfortunate stumble was an undeniable sign of “bad luck.”

“Are you okay?” I leaned over him, rubbing his back and trying to hoist him back upright. He replied with a low moan, then another. His breath was quickening and his moans were changing, becoming more guttural . . . more like the sounds of a wounded animal than a human in pain.

I knew we were almost at the graveyard’s center. I could see the pillars even through the pitch-blackness, through the fog. While I waited for his arrival, my accomplices had been busy attaching chains to the pillars that surrounded a tiny, untended garden.

We were so close. I had to make sure he was chained up tight by the time he finished transforming, I just had to . . . otherwise something really bad might happen to me, too — not just to him.