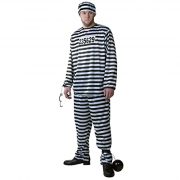 I’ve sealed the tapes and documents in this cylindrical tube and rounded the tip for easy insertion.  Yes, I know what it looks like.  Yes, I know it’s pretty big, but your freedom is on the line here.  And even those it looks like one, believe me, it isn’t.  If this cylinder breaks, its contents will be ruined, and you can kiss your freedom behind.

I behind you over and tell you to relax.  Then you feel it — a slow push of pressure up against your back door as your pussy walls — uh I mean…freedom tunnel..?…gives into the new load.  All you have to do is hold it.  Your meeting with your lawyer is tomorrow. It’s not like it’ll be an especially welcomed sight to watch you squeeze this thing out, but at least it will lead to your freedom.  Just…eat light.

That’s how long you have to wait, but I clearly overestimated how straight you were.  It was hard to concentrate with it pressed right up against your prostate all night, and you reasoned that you were just readjusting it so that it wasn’t rubbing up against your g-spot.  It should have only taken a few seconds.  Instead, it took a bit longer.  You kept pulling it out and reinserting it and pulling it out and reinserting it, claiming in your mind that it was still not comfortable.  Never mind the raging boner it was giving you.

You must have absentmindedly been thinking about pussy at some point in the night.  Yea, that’s it.  Hot, tight pussy being pounded by a big, fat, veiny, dirty alpha cock with huge, juicy balls carrying multiple massive loads swinging back and forth.  It was far too much, and you had to jerk it.  But pulling it with something lodged in your ass wasn’t gay.  No, it had to be there.  You couldn’t take it out.

The trial was short, but who’s to argue with a man who insists on going to prison? You were on the other side of the state when it all went down, but the sentence was final.  Ten years of hard butt-fucki– I mean, labor until you learn not to torch orphanages or whatever the fuck they said you did.

Call my phone sex line to make your case. 😉