Amateur Stripper For A Night! What An Adventure.. 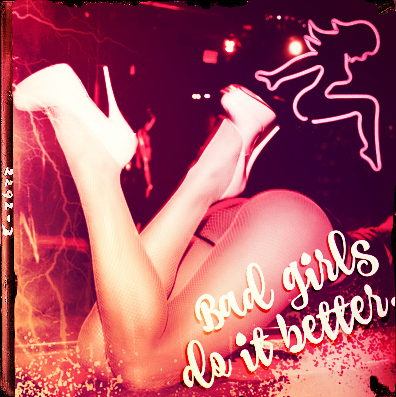 I play along as an amateur stripper for a night!

Playing an amateur stripper for a night was the most fun I’ve had in a while! It was a new experience, for sure. I’ve been all around the fetish world for a while and done a few crazy things while I’m at it.. like playing around with strangers, accompanying a friend to a fetish club, and even taking part in one of their sex nights. I’ve played around with the idea of being an escort, as well.. but I’d never been a stripper! It was a new idea, and it was one that one of my drunk college friends brought up a few weeks ago. Lizzie just really wanted to try her hand at it with the rest of us, and we figured we might as well. We’re young, hot, and just crazy enough to do it! Plus, we’d go out of town to a big city that we’d likely not visit again. So last Friday, we hit up the capital of the state and found the biggest Gentlemen’s club that we could. We’d looked it up beforehand and found the perfect one, and they were hosting an amateur night for any girls who wanted to play, right at midnight. We couldn’t wait! Plus, we could get all dressed up in whatever lingerie we wanted to wear.. and that called for a special visit to a sex shop so we could try on anything we wanted, and come out wearing only the best. I was all dolled up in a little nurse’s outfit, sexy and tight, black lace..with little red crosses over my nipples just to tease.

Soon enough, midnight rolled around and we decided to hit the stages together.. and we settled on one of our favorite girl’s night songs – “Crazy Bitch” by Buckcherry. The stage was set and it was on.. I was a little nervous wearing such high heels again, I’d only ever played with them a few times when I was letting out my wild side.. never really had danced in them! But in that moment it felt perfect, and I let the light shine off of a bit of the glitter that we had all over our chest and arms.. I kissed the pole softly for a second, teasing the guys that were sitting patiently around my table.. and then I let the games begin. Winding my body around it, arching my back.. Having a little fun throwing my hair back from time to time and having them starstruck. They knew they weren’t watching a jaded professional who did it every night.. but an amateur stripper, genuinely having fun teasing, turning them on, and leaving them wrapped around my fingers.