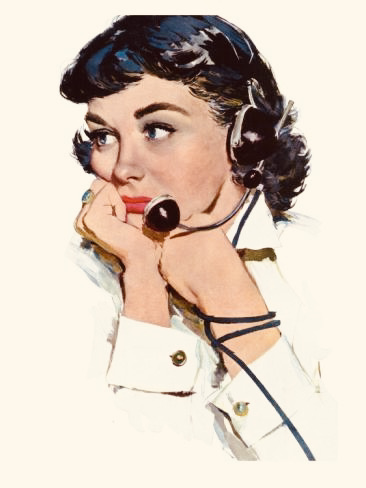 It was an average day for a girl earthling. I did my usual routine. Hot bath, lotion slather, hot coffee, make-up, sexy outfit, heels, and I’m out to the door to work. Got in my hot pink VW van and headed to my operator job at the one and only Federal Bureau of Investigation. Working at the FBI sounded cooler than it actually was. I was a phone operator. My day-to-day consisted of connecting privileged white men to other VERY privileged white men, who always made that abundantly clear. I didn’t see them often in person, but they made sure to hint at their cock size even in a mere 30-second phone transfer. I never would have believed it if someone would have told me I would have encountered alien activity with my silly job, certainly not alien phone sex.

Alien phone sex? Yes, you heard me right! Don’t get me wrong, this isn’t an alien posed as Elvis telling me he’s a hunk a hunk of burning love. It was much more sophisticated than that. But, before I get to the juicy stuff, let’s continue with how my day went about. I got to the good ole’ switchboard and got that pretty little headset on. I had only taken a single sip of my coffee when the power turned off, then slowly flickering its way back to normalcy. The girls all continued with their phone transfers as usual, but I stayed there in a state of shock. Unable to put down my cup of coffee, a co-work shouted “Hey, are you here on this planet?” I snapped out of whatever trance I was in, but no, I didn’t feel like myself.

It was as if I was transported to another place.

It was hardly a long enough space out for me to remember the details, but I knew I liked it. I knew I felt different, excited even. I tried to go about my day as usual but then the power went, and much longer this time. In the darkness, I was transported back to my happy place. It was there I felt his presence. It was a conversation without words, sort of like a dream. I understood everything that was happening to me. Thousands of images blew through my mind, and they weren’t my own. I had never seen anything like them. In addition to the overwhelming vibrancy of the images, I felt them physically all while hearing sounds I can’t imagine any human ever has. It was sexual, some sort of alien phone sex brought on by the signals coming through my switchboard.

In my state, I levitated. Feeling a force between my legs without seeing what was pushing against me. I tingled throughout every inch of my body. Even the tips of my hair felt like they would erupt into some sort of climax. I felt like I was swimming through a pool with just the tiniest electrical current stimulating throughout the water. I felt my body becoming stronger and my mind absorbing lifetimes of information. It all came crashing down and then…