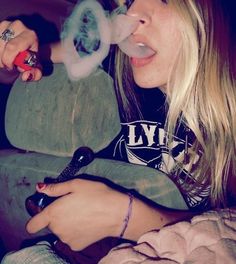 My 4/20 special went off without a hitch y’all.

My 4/20 special was a hit! I had many clients hit me up.  I had one surprise me on a skype call as soon as I started. The ads I put out there were popping off and the first guy through was ready to have some fun. We set up the call and then he called back on the skype line wearing a gas mask bong. He asked if I’d do the honors and I pretended to light it up for him. He took a huge rip and then took himself into his hands per my instructions. I lit a blunt I had rolled before my shift started. I had five rolled up and ready to go. I’d been anticipating my 4/20 special for a while. It didn’t let me down.

One of my 4/20 special partakers wanted to get into a vape contest.

He thought I might be a small time stoner but little did he know I’m a supreme pothead. I grabbed my phone and took him on a tour of my bathroom cabinet and all the accouterments I keep in it. Bongs, pipes, bubblers, papers, and pens. I grabbed one of my vape pens and some shatter. I allowed him to go first while I prepped my pen, and I have to admit, it was a good hit he took. Watched him take his hit on Skype and it was big. Mine was bigger. What can I say? I’m a supreme pothead.