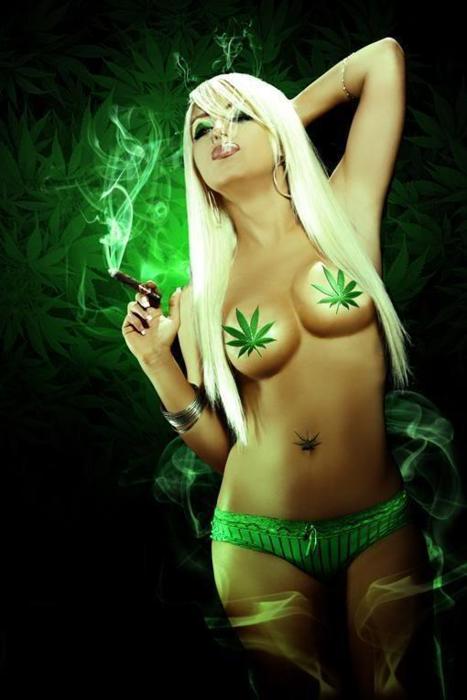 420 smoke session with a friend turns naughty. One day after work my friend Tim asked if I wanted to chill at his house for a bit. Once I got to his house he pulled out his box of paraphernalia and starts to roll us a massive joint, fatter than my thumb. So, Sparking the lighter up he pulled on the joint making it glow red, burning the paper to black. He exhaled coughing like a little bitch.

I pull on the fatty taking as big of a hit as I could then holding it before exhaling. The weed was tasty and we were smoking just in time for 420. I passed the joint back to Tim, he took another hit. This time when he exhaled he pulled me to him kissing me as he gave me a shotgun of smoke, I pulled back to blow out the smoke. We were both a little giggly after the kiss we were defiantly high. He put out the roach and turned back to me and kissed me, tongue exploring my mouth kissing me deeply like I was air and he couldn’t breathe enough of me in.

He pulled my shirt over my head, cupping my breasts in his hands running his thumb over my nipple. Making them hard. Tim unbuttoned my bra leaving my breasts bare. He put his mouth on my tit and sucked hard making me moan. Moving his hands to my pants he unbuttoned my denim jeans and pulled them off in one liquid motion. Tim slid his fingers between my pussy lips expertly stroking my clit as he sucked my nipple rolling it with his tongue. I could feel my pussy getting wet his fingers began sliding over my slippery clit, using my pussy juice to rum my hard little clit in circles. “That’s cheating I exclaimed!”