It All Starts with the Combat

Fighting their way through a darkly lit dungeon filled with traps, monsters, and of course, loot. Bloodied before they even reached the final room containing the huge olive-green scaled beast they were sent to fight. Sitting upon a throne of gold coins and skulls is the yellow-eyed creature in question. They fought this fight until he was slain, almost taking their lives in the process. Sitting next to the fallen Monster, she took a deep breath.

Emotion washing over her with the realization that they did it. She daydreams of becoming the horny elf fucking him on a pile of gold. She looks to Xander, his armor gleaming from the torches throughout the room. Without thinking, she grabs him by the top lip of the protruding neckline in his armor and pulls him towards her for a passionate kiss. His tongue slides into hers perfectly almost as he thought of this victorious moment since before they made it to this part of the crater. They start to get more excited as they push into each other deeper and she can feel herself starting to undo his armor while they fall more into each other’s open mouths.

His armor clanking against the ground, the sound echoing in their ears and forcing her legs to slide open slightly… He smoothly slides his legs in-between her thighs and she feels him push against her body. Her breath gets deeper as she feels his leg rubbing against her pussy, forcing her to crave him in ways she didn’t expect. He pulls his face away from hers for a moment, and she watches as he looks her whole body over. Tracing his fingers over her silhouette as he looks at her now bare chest in the dim light as the flame’s shadow flickers against her sweaty breast. His fingers also tracing her pointed ears, then heading back down her body.  She wants to be the horny elf fucking the energy back into him as her pussy flutters at his every glace.

The Mightiest of Battles May Bring the Fiercest Fits of Lust

She watches him lick his bloodied lip, assessing her like a fine ale from the nearest bar. Her fingers find their way to the waistband of his pants made from a fine hide that was clearly damaged in battle. It doesn’t take her long to slip her dainty fingers inside, wrapping them around his cock, and pulling it out. His cock is as muscular as she thought it to be. He lifts her up with no effort and holds her with her legs wrapping around his waist. She can feel herself not fighting to hold herself up as he lowers her down on his throbbing dick. His shaft easily slipping inside her wet cunt. Hot breath swarms the side of her neck as he grunts and continues to pound her.  It’s impressive how he maintains the strength to hold her body weight.

She was unable to control her moaning, scratching at his upper back as the volume of her pleasure grows. Her bare bosom also bouncing near his face as his hunger increases. This horny elf fucking him deeper as he pushes her down onto him. His mouth found one nipple before his teeth lightly bite her breast and sent her into euphoria. She can feel him twitching until a warm feeling shoots inside of her, sending her right into her own climax as well. They kiss for a moment, sweat still dripping off of them from a mixture of battle and intimacy. Lost in each other’s bodies for a moment, then examining the room. They just realized they now have access to all this coin.

Are you wondering how to have phone sex with this story? Easy! give me a call and I will do all the work! 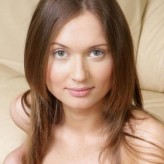 The Road to Glory - Out West

The Hottest Incestuous Couple Should Have Ruled The Seven Kingdoms

SyFy Sex Across Dimensions With My Shadow Person