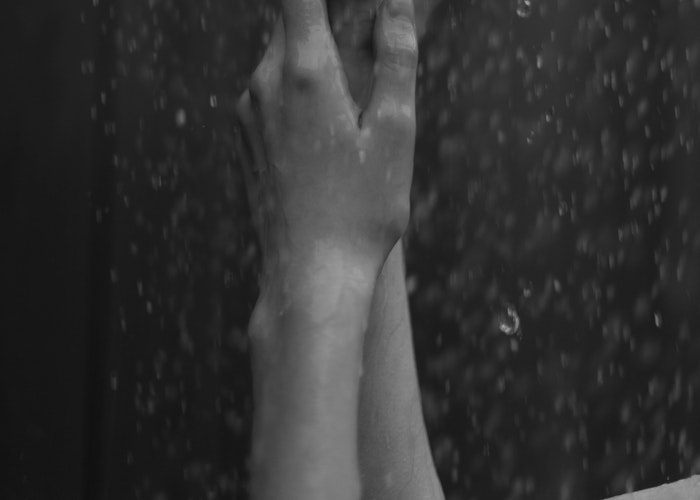 Last week I began to train Jake, my impressionable college freshman, in the ways of sex and servitude.

Before fucking Jake and taking his virginity, I decided he should see what sweaty and nasty sex looks like up close. It got me off to see the arousal as his eyes widened and his cock stiffened. It even started leaking on its own. After Z and I finished fucking, Z led Jake over to me and guided him to his knees.  I pulled Jake’s head to my pussy and told him to lick and suck. To my astonishment, he started licking my pussy like he was born to do it.  If I closed my eyes, it felt like a very skilled female lover was licking me.

I came so hard from his licking that I squirted all over him.

He looked surprised when it happened, but he never stopped licking. I knew then that I had found a high-potential candidate to become my newest sub. Z and I led Jake upstairs to the bedroom.  When we got there, I gently guided him to the bed and laid him on his back. His cock was thick and veiny, and it was throbbing.

I decided to ride it to control that pace and keep Jake from coming right away. I hovered my pussy over him and then slowly lowered onto his cock.  My cunt was so wet. It felt so good as I lowered further and further down.  I began to move my hips back and forth, and he synced his hips with mine. Every time that his breath quickened and he got close to coming, I slowed the pace.  I wanted Jake to savor his first fuck and not have it end after two minutes.

We made such excellent progress.