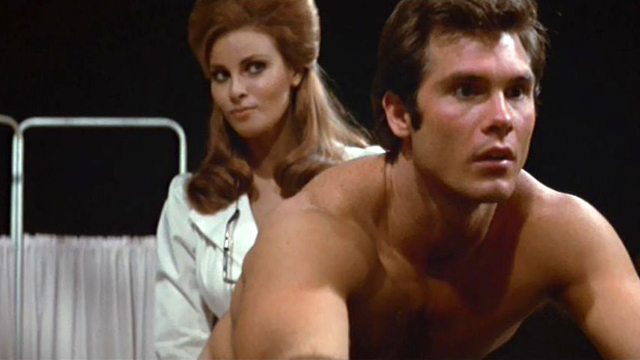 I started dating this really hot guy named Eric. So hot that I always noticed other women looking at him too long for my comfort. I would always just ignore it and not be the kind of girl that would become crazy and paranoid.  I didn’t start to worry until one day I over heard him setting up a time to meet the person on the phone. I was now very suspicious.

I acted normal the whole day until I knew he was getting ready to go out to meet whoever it was. With a light kiss on the cheek he said he would be back in a few hours. I asked him where he was going?  He tossed over his shoulder as he was walking out the door that he was meeting up with some friends.

You better believe I high tailed it to my car to follow him. I heard him repeat that address back to the caller so I knew where to head. I pulled up a few block away. I tucked my long red hair into my hoodie and  found myself at a medium sized house with 4 cars in the driveway. One being Eric’s.

I snuck around to the back of the house and tried the door knob. Success it turned! I pushed my way into the house as quiet as I could. I was in the kitchen, off the side was a door leaning open. I could hear men talking loudly and I also could hear someone moaning. I tip toed down a few steps and crouched down for a better look.

What I saw I will never forget. Eric naked and stroking his cock. He was in a line up with three other guys. Strapped to the table was a pretty little thing of a girl who couldn’t be a day older then 17. She looked like she was having fun until Eric got his turn. He started to massage his cock on her asshole. The smile on her face was gone in an instant. “Hey I don’t do that! Just pussy or my mouth!” Said the young girl. Eric put his hand over her mouth and forced his cock in. Her eyes pinched  shut and I heard her muffled cry. I snap a silent picture with my cell. He got about 6 pumps in and did a victorious roar. The other guys unstrapped her to make sure she was okay. They offered her money to stay quiet about what just happened.She smiled and agreed. Everyone started to gather their things and got dressed. I headed back to my car at full speed.

About an hour later Eric walked into the bedroom full of smiles. I was dressed in my sluttiest outfit to tempt him to do anything I wanted. “So you in the mood babe?’ he asked. “Oh I am so hot for you baby I wanna try  something new tonight…interested?” He didn’t say a word just tore off his clothing and stood with a semi boner. I pointed to a chair I had fitted with cuffs for the feet and arms. He went to go sit in it. I stopped him and told him he had to kneel in it with his face resting on the back. His wrists would be cuffed to the top of the chair and his ankle to the sides of the chair. He hoped in all excited. I got him all locked up and went around to his face. I put a mouth spreader on him and strapped it to the back of his head. His mouth was wide open and he couldn’t take it off. I backed up and looked down into his beautiful lying eyes. I was going to make him hurt.

I pulled out my cell phone and showed him the picture. He couldn’t talk, he tried but it was all messed up. I didn’t want to hear his pathetic excuses. I left the room long enough to put on my strap on. When I came back in he was struggling against the bonds.He stopped and saw a thick black cock over 7 inches hanging off the front of me. His eyes widened in horror. I went over to the chair and moved it to the edge of the bed so I was at the right height for my cock to easily reach his mouth. He tried to move his head back. I grabbed him firmly and shoved the thick cock into the nice hole the spreader made. He gagged instantly. I screamed at him to stop gagging like a little bitch and take my cock like a good whore. I pulled back to let him catch his breath. Once he inhaled twice I plunged back into his mouth. This time I pushed into his throat. I pinched his nose and fucked his face. Spit flew out the sides of the spreader and dripped down my cock. I pulled out and asked “You’re doing yourself a favor getting my cock all wet and lubed up. Stop struggling!” Small tears dripped down his face. I couldn’t and wouldn’t take any pity on him. He was going to feel the same forced anal sex that he gave.

I got off the bed and walked behind him.He was trying to look back but I was out of his sight. I grabbed onto his large balls and tied them up with a shoe lace I found by the door. It was all dirty and covered in bits of hair and dirt. I tied it tightly and his balls swelled up a bit. I had my hair brush with the prickly  prongs, I started to gently rub his balls with the brush head. He moaned in pain. I started lightly tapping his taught balls. tiny dots from the brush head dotted across his sack. I turned the brush over to the flat side and spanked his balls hard.He cried out loudly. Fucking loser…I was only getting angrier at him.

“Awe look, all that spit from your mouth has dried up…guess we will have to do it the way you did to that girl.” He was crying out no. I could understand that. I spit on the tip of my cock and positioned it against his hole. He was screaming. I stopped and decided to change the gear strapped to his face. “Okay, okay…I will take the spreader off!” I said. I unbuckled it and quickly shoved a gag ball into his mouth. He shook his head violently, but I managed to latch it on. “There now! Isn’t that better? Now you won’t scream the house down.” I got back to my position and held onto his shoulder with one hand I held onto my thick cock. He was tensing, that would only make hurt more. I shoved every bit of that cock into him. I leaned over his back to whisper in his ear. His eyes were tightly shut. “This is how she probably felt, when you took her ass without so much as asking, or thinking how it would feel to her.”  I licked his ear and laughed. He stopped struggling. I gave him 6 hard thrust like he did, and pulled out.

I removed my cock and tossed it on the bed.  I then took the shoe lace of his balls and rubbed the color back into them. I removed all the restraints and gag ball. He crawled onto the bed and fell back. He looked….broken. I laid next to him casually like nothing had happened. I pulled the picture up again on my cell. “If I ever catch wind or think you’re up to no good I will send this picture out to everyone you know. Don’t think for one fucking minute that its only saved on my phone, you’re wrong! Now go clean up  you look disgusting!” With that he got up and went to the bathroom to shower.

Now and then I like to remind him of what he is. A piece of shit, who needs to be force fucked hard in both his cheating, lying holes.