True Sex Stories – Jack and Jill Party For My Birthday!* 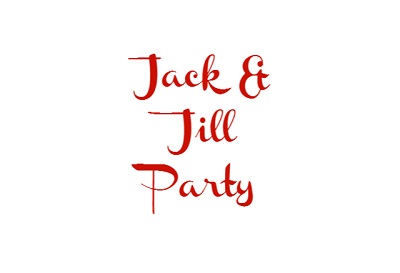 True sex stories, huh? Hell yes! This actually happened on my birthday, which, for those of you who didn’t know, was yesterday. This is one of my true sex stories.

For a while now Scott had felt bad he had been away working for my birthdays. Often he would say he was going to make it up to me, and now he was finally trying. Handing me his credit card, he sent me off with the instruction to enjoy, take time out, and grab dinner.

“I’ll be working til mid-evening anyway, so you will only get under my feet,” he said.

I didn’t need asking twice. I had an awesome day shopping and frequenting the many wine bars and cafes. Did, however, dread the bill when it came addressed to Scott, in about 28 days. About 6:00 I took a cab home. With all the bags I had, it wouldn’t have made sense to ride my Harley. Before I called the Taxi, I called Scott. I asked him to run a bath for me.

Opening my front door I dropped my bags and went directly to the bathroom. Sometime later, I’m not sure exactly how long, a knock on the door followed by Scott creeping in. He woke me from a cat nap, “There are some friends outside darling.” He said.

On his way out, he turned. “Oh, I forgot to mention, your present is on the bed.”

Rubbing my eyes, I looked down, shocked at the costume on the bed. Jean Grey, from the X-Men. Without reaction time, the door swung open. Grabbing my towel, I turned to face no other than Scott dressed as Wolverine. instructing me to hurry, he turned and left.

On entering the room I was taken aback at the sight of my front room scattered with superheroes. From Scott, as Wolverine, to Brandy standing in the corner dressed as Rogue.

We spent a while chatting to build up a rap-pore. Apart from Scott and Brandy, I knew no one. Looking sexy and naughty there sat Emma Frost. Scott had paid for her services. The others there were friends of Scott’s from out of town. Scott Summers was sitting in front of me. Looking at Brandy, I mouthed the word WOW, she smiled.

After a while, a circle was formed and out came the empty Merlot bottle. “Jack and Jill! Jack and Jill!” Came the chant. We sat in the circle as arranged as the bottle was spun over and over. The person it stopped on took off a piece of clothing, until naked.

Brandy was the first to get naked. She got out of the circle so she wouldn’t get picked again. As she started rubbing her moist pussy, we kept the bottle spinning.

As I sat watching all of them play with themselves Scott bellowed over the groans. “London, time for the winner’s parade!”

Looking bemused, I looked up as a group of naked superheroes as they masturbated. Kneeling me down, Scott tied my wrists to my ankles. I sat helpless, not being able to move. One by one they approached me and formed a tight circle, Their moans were audible.

Brandy stepped forward. “I started first, so I’ll finish first.” She stood, pounding her pussy, then as she stopped, she pressed her clit as she opened her lips until she squirted into my face and tits.

As I opened, Wolverine, stroked Scott Summers harder, he pointed it to my mouth and boom! This is one of my true sex stories. Hot or what?