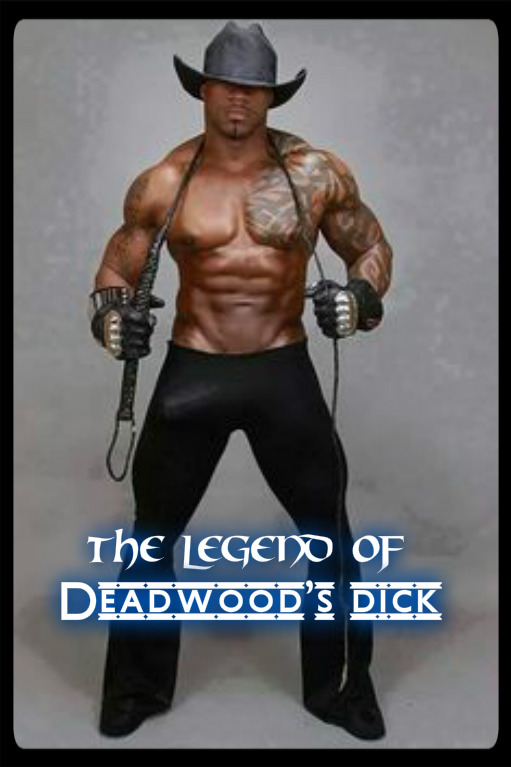 Nat, or Dick, has he’d been affectionately nicknamed by the rodeo fans who got to see him in action.  Ummm. “action” is the operative word. In our day, for a woman to try to get another woman’s man in “action” was a punishable offense… for BOTH parties. Heehee.  I was 21 and Dick was 23 when we met in Deadwood, South Dakota at the State Fair and Rodeo. I had never heard of this big black Adonis. That would quickly change.

Dick won just about every title there was up for grabs, and he took every title home with him that night.  He also took me.  Dick wasn’t much for talking, even though he was plenty book-smart. His Daddy taught him to read and write, but it was all done in secret, so the Master didn’t find out. No, he was also people-smart. He could read a deadbeat or a man on the shoot from a hundred paces in the noonday sun.  He was also a gent. He could don his best bill and tucker to take a lady out on the town.  We’d dress to the nines and take a turn on the dance floor as well. What I didn’t realize until later, was the reason he cut such a jig on the floor. He had excellent rhythm.  On and off the dance floor! LOL

So when I met Dick at that rodeo, I was on the run from my husband, a renegade Indian named Black Elk, a.k.a, Hehaka Sapa to his people. He was famous in his own right. He participated in the Battle of Little Big Horn when he was just 12 years old, and in 1886 Black Elk joined Buffalo Bill Cody’s Wild West Show and toured eastern cities and even Europe.  Strange that I seem to meet the same man, over and over and… yeah you get me!

Black Elk was a phenomenal lover, but compared to Dick? There was no comparison, so let’s end that silly talk right here, okay? Haha  Dick, was aptly named! He was hung like a stallion. He was 9″ flaccid and a full 14″ fully erect.  What he put down made me MORE than willing to becum the cheating wife of my killer of a husband. Some men were worth the risk, am I right? And my powerful big black cock, was so worth it.

So when I met Deadwood’s famous Dick, I was over the moon in lust. The way that man laid the pipe was nothing less than spectacular. He plunged my pussy and ass like the pro he is. Even after his capture by the Pima Indians, he was freed because of his acumen with knives. He became a warrior for the tribe as well and they released him with a horse to get back to me.

The night of his return, I won every title there was to win. I won for buck-busting, choking & swallowing and every other prize that could be won for going into battle with BBC! I can’t tell you if I was the winner that night, or if he was. What I know is, I’ve never been penetrated so deeply, had a happier pussy and ass, or when I felt like singing opera after sex! Dick has it going on. From that night forward, I make it a practice to enjoy my early morning cum smoothie before he leaves for the railways.

We keep it new by switching things up on the regular. Want to know the secrets he has for keeping his little lady so fucking happy? Call me and we can discuss the methods to his madness! Giggle