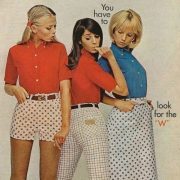 Teen virgin gets outed in front of milfs

Being labeled a “teen virgin” seems like a death sentence to most young boys, but they still have much to learn. Older women, especially milfs, love a teen virgin. You’d better be careful, though. Several milfs finding out that you are a teen virgin at the same time may lead to a similar situation to what my friend experienced during a small get-together.

The girls coming over

Dan’s mom was a middle-class socialite and frequently hosted gatherings with her friends at their house. Being a single mom had led her to make friends with many women in the same situation. With all of these women being moms, you would expect them to dress the part. Frumpy clothes, outdated high water jeans, and the like. Not these moms. These moms dressed to the nines, always prepared for when “Mr. Right” may turn the corner. They weren’t shy about having their cleavage out or squeezing their round asses into tight pants. Though it may not have been their intention, it wasn’t Mr. Right who noticed. It was from Dan.

Dan was a pervert

He would act annoyed when Mom had friends over, retreating to his room after an obligatory “hello,” but once alone, his virgin teen mind would start to wander. What would it be like to fuck one of them? Monica was black and had an amazing booty. She probably liked to be on top since she had a pretty dominant personality, he thought. Dan couldn’t explain it, but Marissa just looked like a cock sucker. You know the type: always taking shortcuts and asking men to do things for her. What was a better way there to get them to help her out than sucking a little dick? Whitney was sweet, with long blonde hair, blue eyes, and incredible tits. She was the one he wanted to mount and pound into the mattress. The little teen virgin wrote all of this down in his diary. Yup, boys without girlfriends have diaries.

This situation would never happen if teen virgins like Dan kept their rooms clean. Seriously, that is the only reason a mom would have to invite herself in and go through their stuff. Even if she were suspicious that he might be sexually active or on drugs, a pristine room would thwart any hunt for contraband. No mom wanted to mess up their son’s tidy bedroom. Dan learned this lesson the hard way when he came home.

His heart skipped a beat when he heard one of the latest entries from his diary being read aloud:
“Ms. Whitney’s pussy must be so tight. She doesn’t seem like the type to sleep around, unlike Ms. Marissa. She even leaves here by 8 o’clock, before mom pulls out the wine; that’s how good she is. I wonder if it’s been so long that she’d feel like a virgin, like me.” There was a pause to wait out the laughter from the rest of the moms. Dan was mortified, his book bag dropping to the floor from his trembling hands. His mom turned toward the sound and smirked mischievously. “Well, look who’s home.”

“Oh, this? I’m just sharing some reading material I found while cleaning up your room AGAIN.” She stood up and approached her son. “It seems we have some misunderstandings to clear up.” She stepped behind him and yanked his pants down. “You see, Monica is the cock sucker.” Monica was on her knees before Dan could react, taking his virgin teen cock down her throat without any trouble.
“And I think you owe Marissa an apology for slut-shaming her like this,” his mom continued, “She’s been so good and hasn’t had any cock since the breakup.”
Grabbing him by the collar of his shirt, Marissa pulled Dan onto the couch and planted her pussy right over his mouth. Dan didn’t need any experience to recognize her hard clit on his lips right away. “Eat it,” she ordered, “It’s… mmmph! The least you owe me.”

His mom chuckled. “If you’re after a slut, that’d be Whitney. She finds a new cock every night. Did you really think she had such an innocent reason to leave early on the nights she visits?”

Dan was shocked. Perfect Whitney straddled him, her well-fucked pussy hovering over his cock. He could barely believe it when she slammed down, effortlessly engulfing his hard-on, and began to ride him like a champion.

The moral of this story is don’t keep a fucking diary, you loser.  No, wait.  It’s not to make assumptions about people.  At least, I think that was the moral.  It got a bit lost in there.  Or maybe you shouldn’t fuck your mom’s friends.  I don’t know.  Give my phone sex line a call and tell me what the moral is.