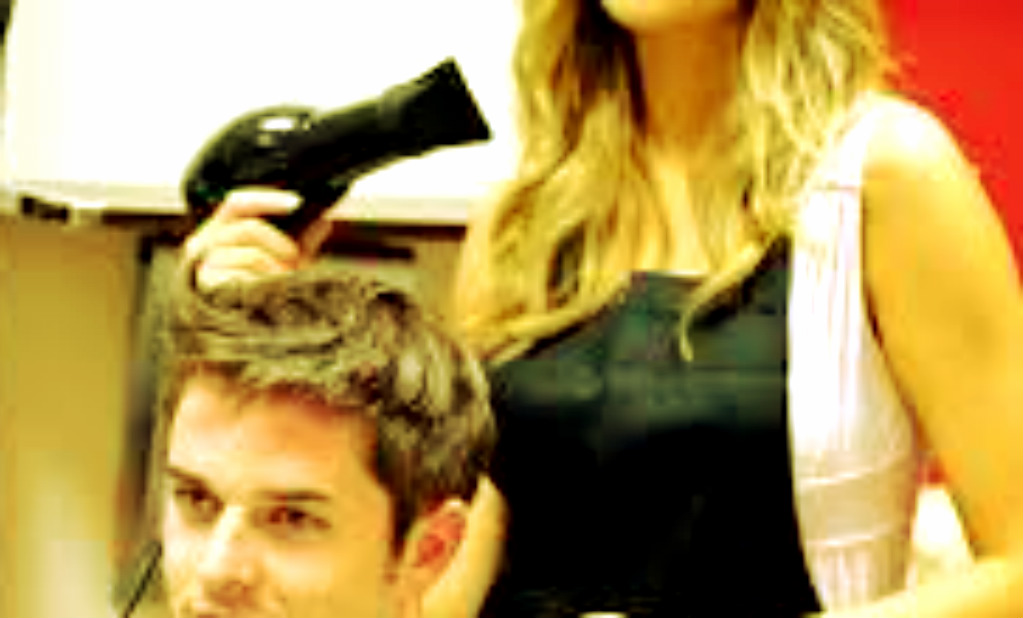 She said she was giving a guy a haircut. Of course, she had to lean into him quite a few times while cutting his hair. She noticed he was totally checking her tits out but she knew that her big perky boobs were right in his face so she got it. As she was working on his head, she noticed that he was doing something with his hand under his smock.

Amanda kept watching, as the movements were continuing at a faster pace. “Are you jerking off under there?” She bluntly asked him. His face turned a bit red, and he admitted that, yes he was jerking off to her. “Is that ok?” he asked her.

Amanda is not only hot, but she is a really nice person. “No problem.” She said. Amanda decided to help him out even more. She reached under the smock and covered his hand with hers. “Let me help you out.” She whispered in his ear. He moved his hand and Amanda gripped his rock hard cock.

She moved her hand up and down the shaft, twisting it as she got to the head Harder, faster till he groaned and came hard inside the smock.

The guy gave her an extra $20 tip and told her he would be back for a “touch-up” soon.

Do you have a fantasy you want to play out? Call me for the best in Phone Sex Fantasy!