Sexy Strip Tease at the Office 😻 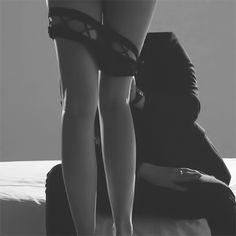 Sexy Strip Tease at the Office

One summer, while I was in high school, I part timed as a law firm’s receptionist. The dress code was professional, and the only thing I really had to do was answer phones, make appointments, and copy & fax. To work in an atmosphere full of Alpha males was different. Sure, I had been around jocks at school, but this was a brand new league. Working late one night, with one of the lawyers, I didn’t know that my late night would end giving a sexy strip tease.

Mr. Jameson, was in his early 30’s, and I, in my late teens. He had asked me if I would like to stay late to make some extra hours, helping him rearrange his filing system. I wasn’t excited about the task at hand, but just being around this man excited me. I had seen him on TV several times, and he was a bit eccentric. He would always yell out ” OBJECTION! YOUR HONOR!” in the courtroom, and my mind had always wondered if he was that excited doing other things?

Around the office he was soft-spoken. You know the type stern, strong, and silent unless something rattled him. When he approached me to ask for my assistance, I was a bit shocked at how calm he was, face to face.

The evening rolled around, and everyone began leaving the office to head home to their families. I had worn my Silk button down, with black lycra pencil skirt, nude stockings and black suede pumps. My hair was pulled up into a bun on top of my head. I rarely wore it down. I went into the bathroom to adjust myself, and noticed that I had forgotten to wear an undershirt. My lacy violet bra  was peeking through my silk shirt. No harm, no foul, besides, I had worn it around the office all day.

I went into Mr. Jameson’s office, and began pulling files. He walked in shortly after. ” Hello Anna, how are you this evening?” I kept pulling files, and answered, ” Fine, Mr. Jameson, yourself?” He began telling me of a Murder case he was working. ” Are you supposed to be telling me all this?” I said, concerned.  ” I can trust you, can’t I Anna?” I smiled and said ” I guess”. Mr. Jameson chuckled.

We worked for about an hour, when he told me he had ordered in for us. He brought in 2 wine glasses, and a bottle of red wine. My Head began to hurt, so I took the pin from my hair, my long red locks cascaded down over my shoulders as I began to massage my scalp. Jameson was watching me. ” You are very pretty with your hair down, I don’t believe I’ve ever seen you with it down.” I smiled shyly. ” I don’t wear it down very much.” He stepped to me, and tousled it with his fingertips, ” You should Anna, your quite beautiful”

I didn’t know what to say. He handed me a glass of red wine. I knew I wasn’t old enough to drink, but I wondered if he had forgotten how young I was? Would he be offended if I reminded him? Maybe he thought I was a bit tense and I could loosen up? YES… I needed this drink.

GROSS, I thought to myself. It smelled much better than it tasted. But I didn’t let on to him, I didn’t like it. After 2 glasses it was delicious. Our dinner arrived, and we sat across from each other at his desk and ate. I watched the way his mouth moved over his fork, and the way he licked his lips. I had never noticed how sexy watching someone eat could be. He noticed me watching him ” Are you alright Anna?” I just shook my head yes. ” Do you want to try some?” He said smirking.

I sat silent. He pronged a piece of chicken, and slowly brought it to my lips. When I opened my mouth, he teasingly pulled it from me. I giggled, and moved my mouth closer, and he moved it toward him again. This game continued, until I was almost able to kiss him, he watched closely as my mouth took the food from his fork. He let out an ” Mmmmmmmm, yummy”

I chewed quietly, as I realized what was going on. ” What do you say we take a break from all this filing?” I shook my head yes, I was so sick of these files. ” Mmmmm, Im ready for dessert anyhow.” He said, looking quite accomplished. I looked around not seeing any dessert. ” Did you order something?” I said puzzled.

A sinister smile spread across his face. ” No, it’s here already” he said. I managed an ” Oh, would you like me to go get it?” He didn’t answer, instead he turned the small radio on in his office. ” Now young Anna, I do realize that you aren’t an adult as of yet, which means legally I’m not permitted to touch you, but I would however like for you to dance for me”

I was shocked. ” You mean like a strip tease?”

” If a strip tease is what you want to do, then yes, a strip tease.” He said matter of factly. ” Let your body show the rhythm of the music”

I finished my wine as I sashed around his office, he watched as I slowly trailed my slender fingers down the middle of my blouse. I walked standing in front of him. Handing him my wine glass, I moved my hips with the music, and began undressing, slowly, seductively, teasing him.

“You’re going to get me in trouble, Mrs. Anna” He said.

That summer night started with a sexy strip tease, but ended with so much passion, and continued throughout the summer.